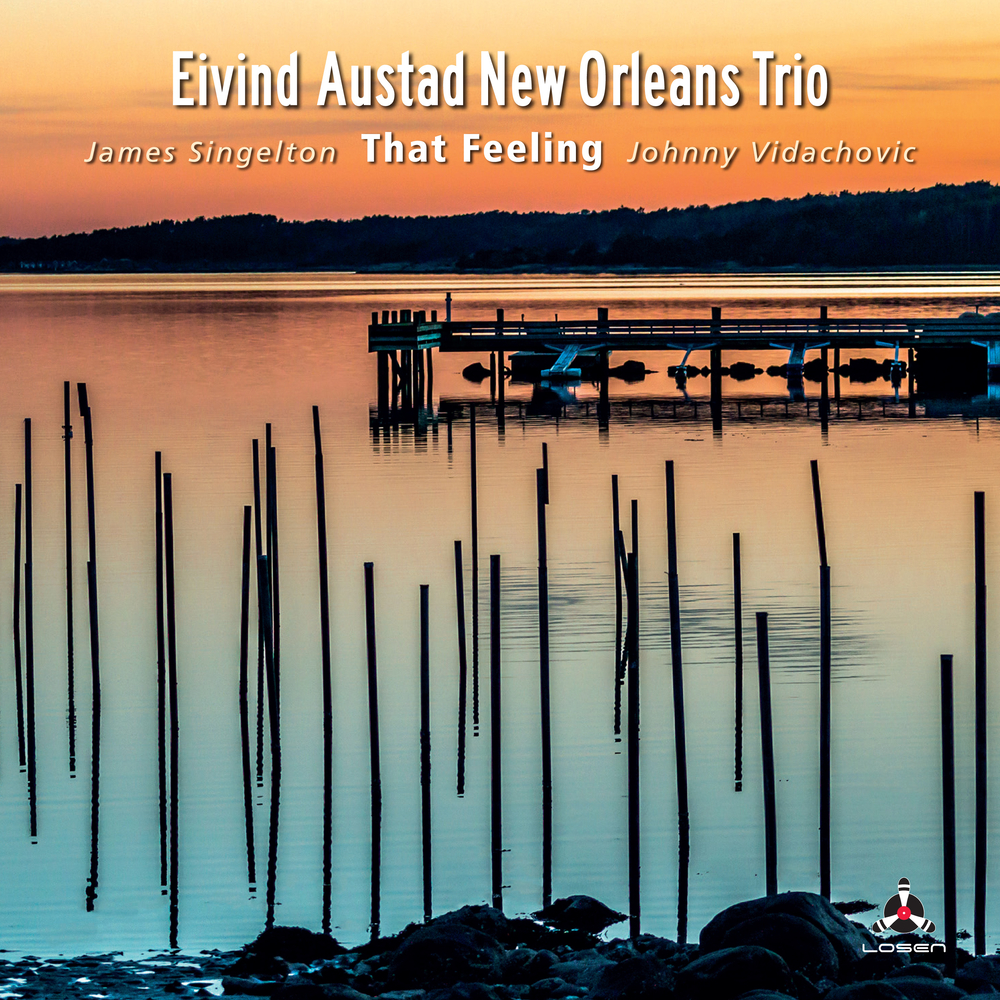 Available in 96 kHz / 24-bit AIFF, FLAC high resolution audio formats
This project started after a brief meeting in october 2014 when pianist Eivind Austad was in New Orleans. One night he was sitting in at a concert with the renowed rhythm section of James Singelton (bass) and Johnny Vidachovic (drums) at The Jazz Playhouse. They really hit it off that night playing together for more than two hours. This encounter led Austad to contact the two musicians four years later when received funding to do a recording based on his love for New Orleans music. The session happened in the Esplanade Studios in New Orleans the 26th of February 2018 and the result is what you will hear on this album. That Feeling is an album “about” New Orleans in the sense that the music explores a feeling of New Orleans. The tracks – some of Austad’s own compositions, some classics – are templates for this exploration. The compositions are relatively simple, meaning that the musicians can focus on co-creating a feeling grounded in New Orleans traditions. There are strong elements of blues and gospel in the compositions – and in the improvised realizations of the compositions – thus acknowledging a long history of musical genres. At the same time, these elements are treated not as dimensions in a sonic museum, but as explorations of the traditions in a contemporary moment.
96 kHz / 24-bit PCM – Losen Records Studio Masters