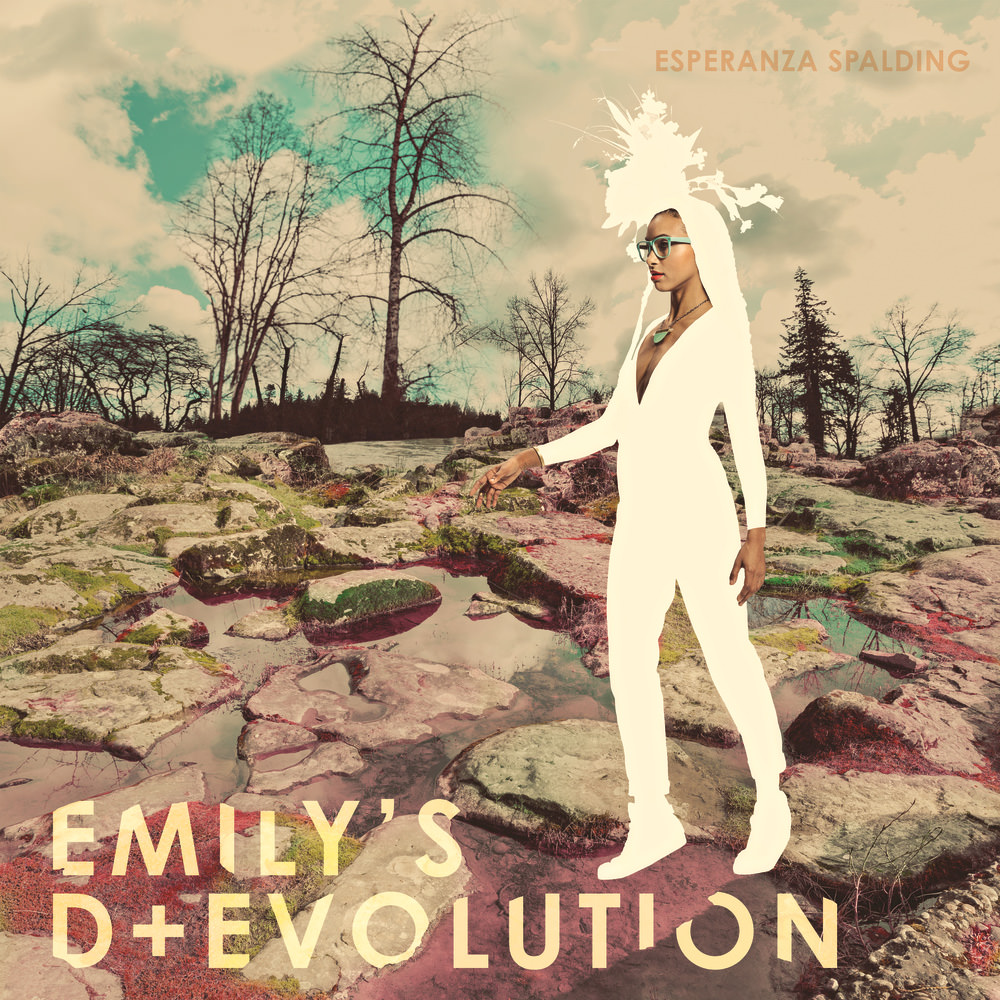 Available in 96 kHz / 24-bit AIFF, FLAC high resolution audio formats
"... (Spalding) has hardened her singer-songwriter ambitions and tightened her grip as a bandleader ... a sustained burst of funk enlightenment that rings with echoes of childhood ... she sounds surer than ever of her footing. There’s a bolt of reinvention in these songs ... her musical insights are so lofty and their execution so grounded, that most of these tracks are winners ..." - The New York Times Emily’s D+Evolution from multiple Grammy winner Esperanza Spalding is her most ambitious release yet; a theatrical concept album that expands upon both her art and herself as a world renowned genre-bending composer, bassist and vocalist. The album title, pronounced "D plus evolution," is derived from both Esperanza’s middle name and the spirit muse that flows through this brilliantly urgent, vivacious album. With six tracks co-produced by Tony Visconti (David Bowie) and drawing, at times, from diverse wellsprings ranging from Cream to Shostakovich to St. Vincent, this is a kaleidoscopic project; raw, honest and luminous. Spalding's complex but immediate compositions were committed to tape partially live and partially in front of a control room packed full of 20 or more invited guests. This deluxe edition contains two bonus tracks.
96 kHz / 24-bit PCM – Concord Records Studio Masters