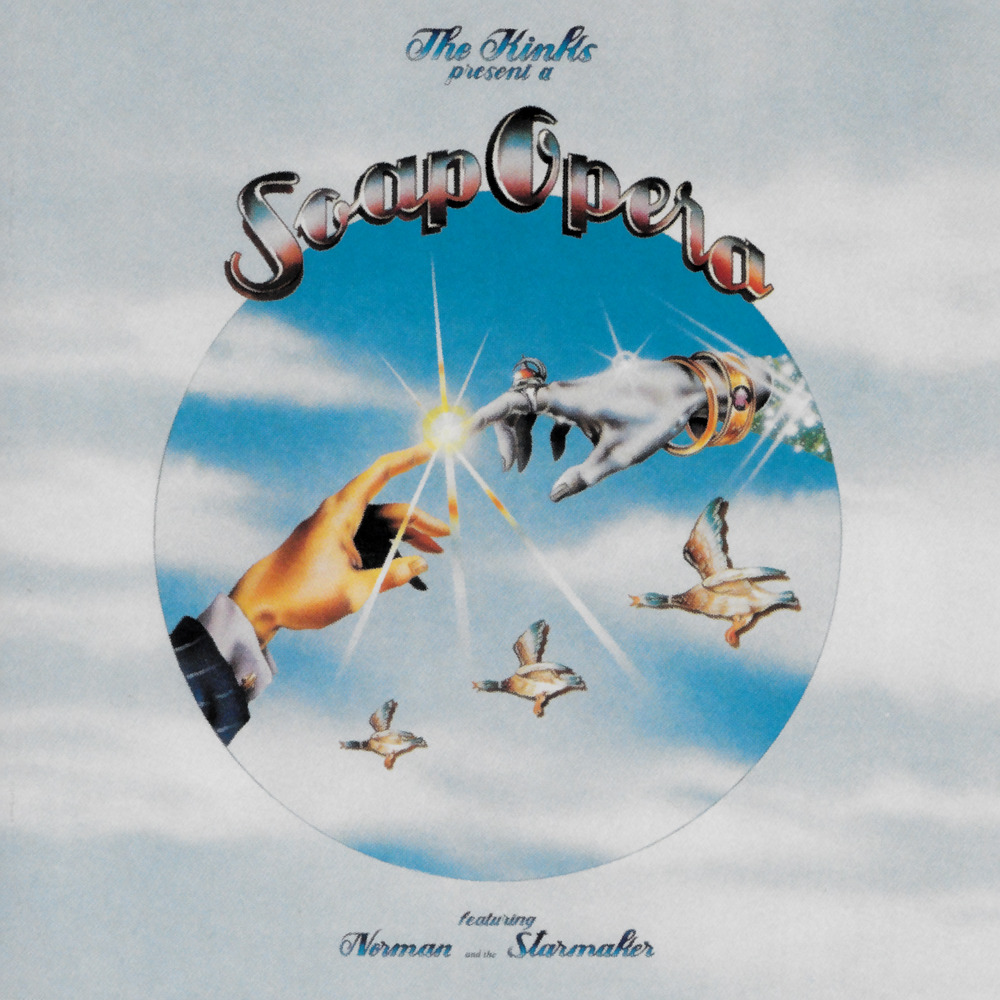 Available in MQA and 88.2 kHz / 24-bit AIFF, FLAC high resolution audio formats
Soap Opera or The Kinks Present a Soap Opera is a 1975 concept album by the Kinks. It is the fourteenth studio album by the Kinks. Soap Opera is the third concept album in the band's "theatrical period". It tells the story of a musician named Starmaker who changes places with an "ordinary man" named Norman to better understand life. Starmaker beds Norman's wife Andrea and then goes to work the next day, getting caught in the rush hour. He works 9 to 5 and then visits the pub for a few drinks before making his way home. Andrea greets him, and he tells her she is "making it all worthwhile". By this point, Starmaker has lost his grip on reality; he doesn't know who he is anymore. In the end, he settles down with Andrea, accepting that he is now just "a face in the crowd". The album concludes with the sentiment that, although rock stars may fade, their music lives on. The Starmaker is an exaggerated characterization of Ray Davies. He would often use his name in the stage version of Soap Opera and perform previous hit Kinks songs as examples of his work as a star to explain that he is not actually the "ordinary" Norman.
88.2 kHz / 24-bit PCM – Sanctuary Records Studio Masters