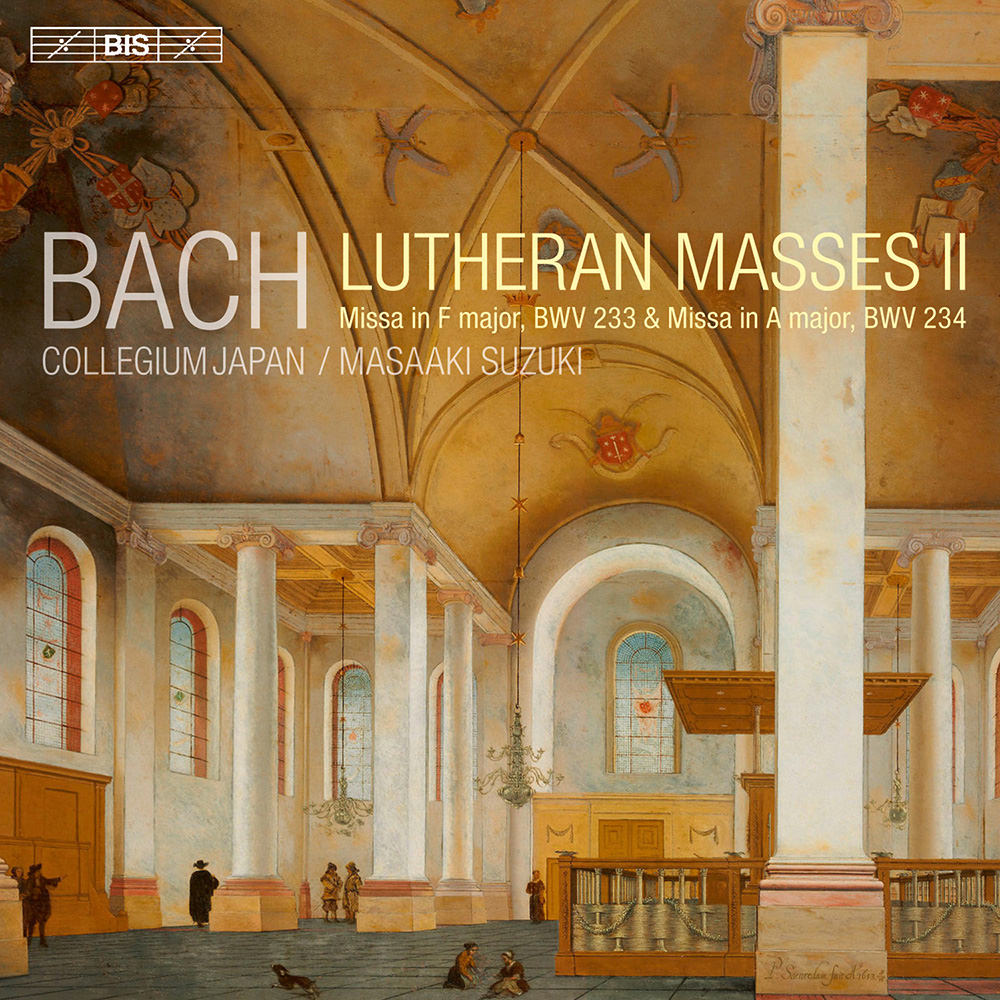 Available in 96 kHz / 24-bit AIFF, FLAC high resolution audio formats
"There is so much vocal colour in this compelling reading. Audio quality is top notch ... a warm, resonant bloom to the sound, particularly sympathetic to highlighting the counterpoint ... will be hard to beat." - MusicWeb International Masaaki Suzuki conducts the Bach Collegium Japan on the second volume of Bach's Lutheran Masses; like their companion works, the two masses on this album make wide use of previous compositions by Bach and incorporate reworkings of arias and choruses from his cantatas while still holding their own distinctive mechanisms. Bach did not only perform his own compositions, he also performed works by other composers, including Marco Gioseppe Peranda, whose Kyrie-Gloria mass is featured on this programme. Bach likely performed Peranda’s mass in the latter years of his Leipzig period.
96 kHz / 24-bit PCM – BIS Studio Masters