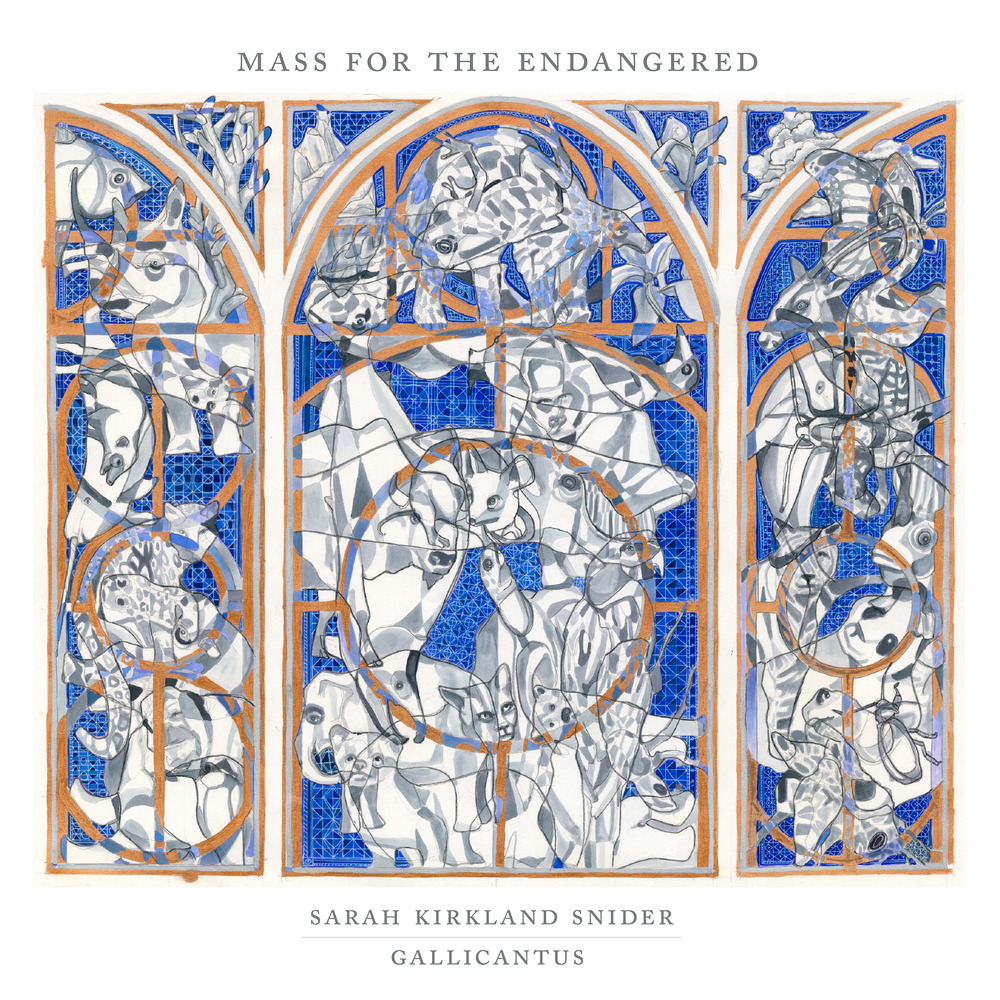 Available in MQA and 96 kHz / 24-bit AIFF, FLAC high resolution audio formats
Composer Sarah Kirkland Snider’s Mass for the Endangered, the fourth record in a partnership between New Amsterdam and Nonesuch Records, has been released. Snider’s Mass, with a libretto by poet/writer Nathaniel Bellows, is a celebration of, and an elegy for, the natural world—animals, plants, insects, the planet itself—an appeal for greater awareness, urgency, and action. Originally commissioned by Trinity Church Wall Street, this recording features the English vocal ensemble Gallicantus conducted by Gabriel Crouch. The six-movement "Mass for the Endangered" is a rumination on the concept of the traditional Catholic Mass, its fidelity enhanced by Snider’s interpolation of traditional Latin text for the Gloria, Sanctus/Benedictus, and parts of the Kyrie, Credo, and Agnus Dei. For the album art, Bellows created an illustrated triptych of endangered flora and fauna that evoke medieval Christian altarpieces and stained-glass windows. "The origin of the Mass is rooted in humanity’s concern for itself, expressed through worship of the divine—which, in the Catholic tradition, is a God in the image of man. Nathaniel and I thought it would be interesting to take the Mass’s musical modes of spiritual contemplation and apply them to concern for non-human life—animals, plants, and the environment. There is an appeal to a higher power—for mercy, forgiveness, and intervention—but that appeal is directed not to God but rather to Nature itself.” - Sarah Snider
96 kHz / 24-bit PCM – New Amsterdam/Nonesuch Studio Masters