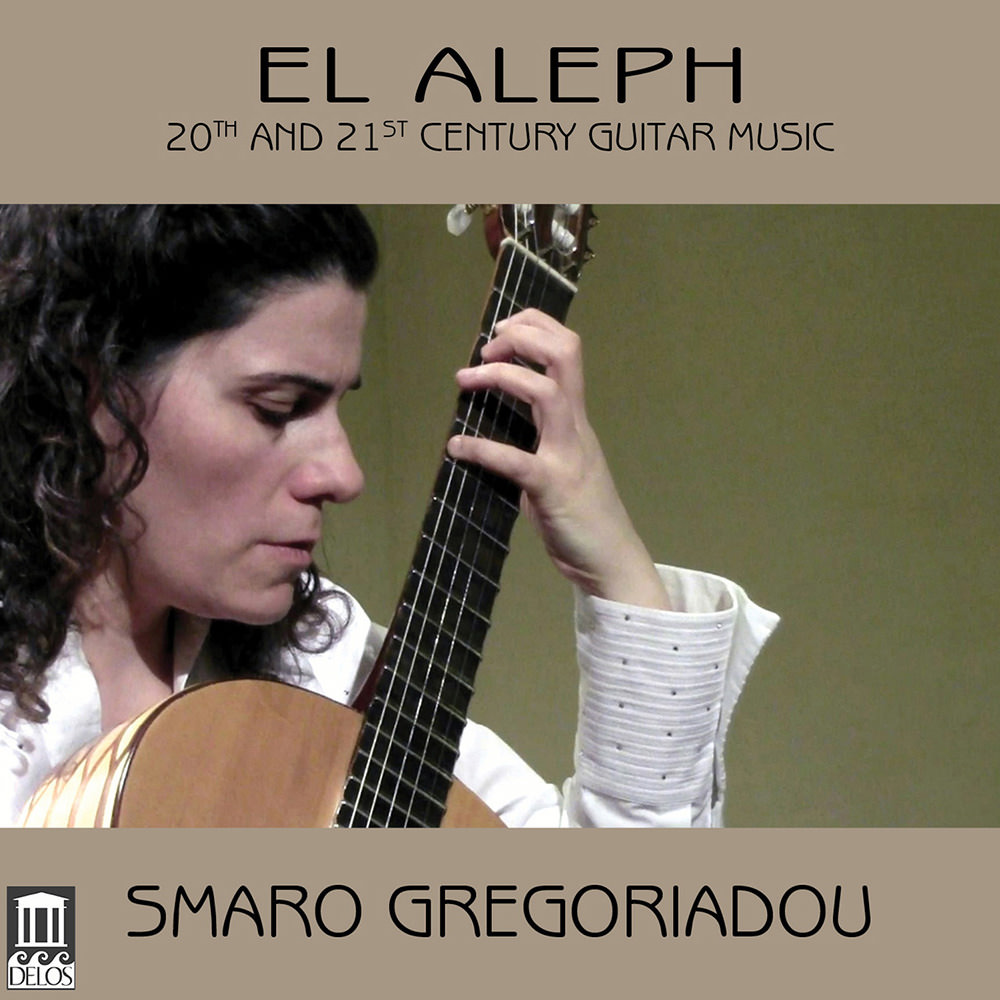 Available in 44.1 kHz / 24-bit AIFF, FLAC audio formats
Greek guitar virtuoso and composer Smaro Gregoriadou continues her unique and pioneering applied research into different instrument designs, tunings and performance techniques, historic and modern. Her previous two-album series Reinventing Guitar was acclaimed by reviewers the world over and expanded performing and stylistic horizons for guitarists. While those previous releases concentrated largely on Baroque-era music, this one sticks to music of particular appeal from the past century, as well as forays into the new millennium, presented on a number of different guitars that Gregoriadou helped develop. Most of these pieces are for solo guitar, but the programme does include the world premiere of her own arresting composition, the title work El Aleph for guitar ensemble, played here by the German group Open Source Guitars.
44.1 kHz / 24-bit PCM – Delos Studio Masters