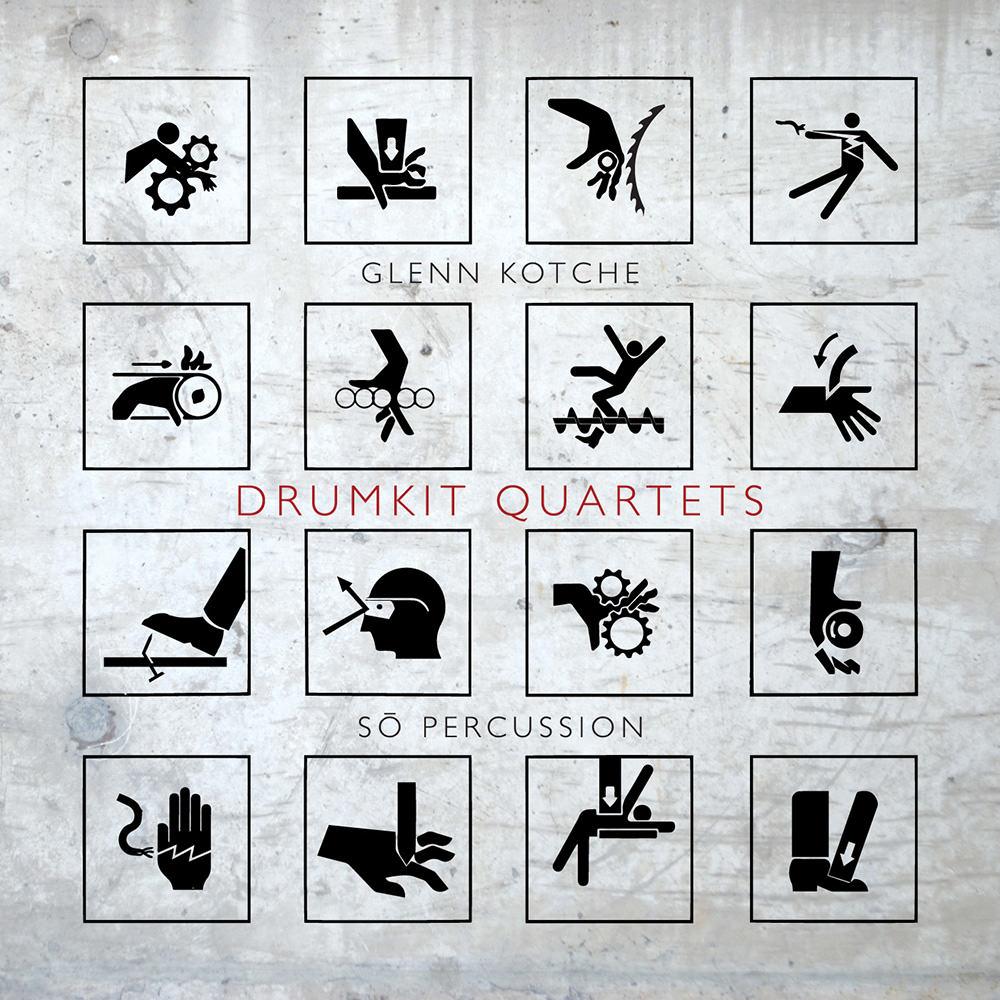 Available in 48 kHz / 24-bit AIFF, FLAC audio formats
"These quartets, which feature a battery of instruments outside the standard drum kit, tease out the different parameters that govern ensemble playing, like synchronicity, imitation, competition and symmetry. They also show off Kotche’s command of mood and texture ..." - The New York Times Drummer Glenn Kotche is best known as the powerhouse drummer in Wilco, however he’s also an emerging creative force in the contemporary classical world, having drawn the attention of John Luther Adams, the Kronos Quartet, Missy Mazzoli, the Bang on a Can All-Stars and many more. It was Kotche's composing prowess that led the members of Sō Percussion to approach him about collaborating, an idea that finally came to fruition with this album. Running the expressive gamut of percussive instrumentation, the music ranges from the marimba-based Drumkit Quartet #51 (with haiku recited by Cibo Matto’s Yuka Honda) to the hand cranked sirens that open Drumkit Quartet #50, which channels the futurist manifesto of Luigi Russolo’s “art of noise,” spiced with a little John Cage and Luc Ferrari. A rich sonic tapestry of rhythmic exploration, audio collage and third mind improv, Drumkit Quartets actually goes well beyond the drum kit, which is to be expected, given the feverishly inventive artists behind the recording. "At the time, I was feeling a strong desire to get back to writing for percussion, because I think the timbral, textural, melodic and rhythmic possibilities haven’t been explored nearly enough. I try to do that through my solo performances, but I jumped at the chance to try it with such an incredible and forward-thinking group as Sō Percussion." - Glenn Kotche
48 kHz / 24-bit PCM – Cantaloupe Music Studio Masters