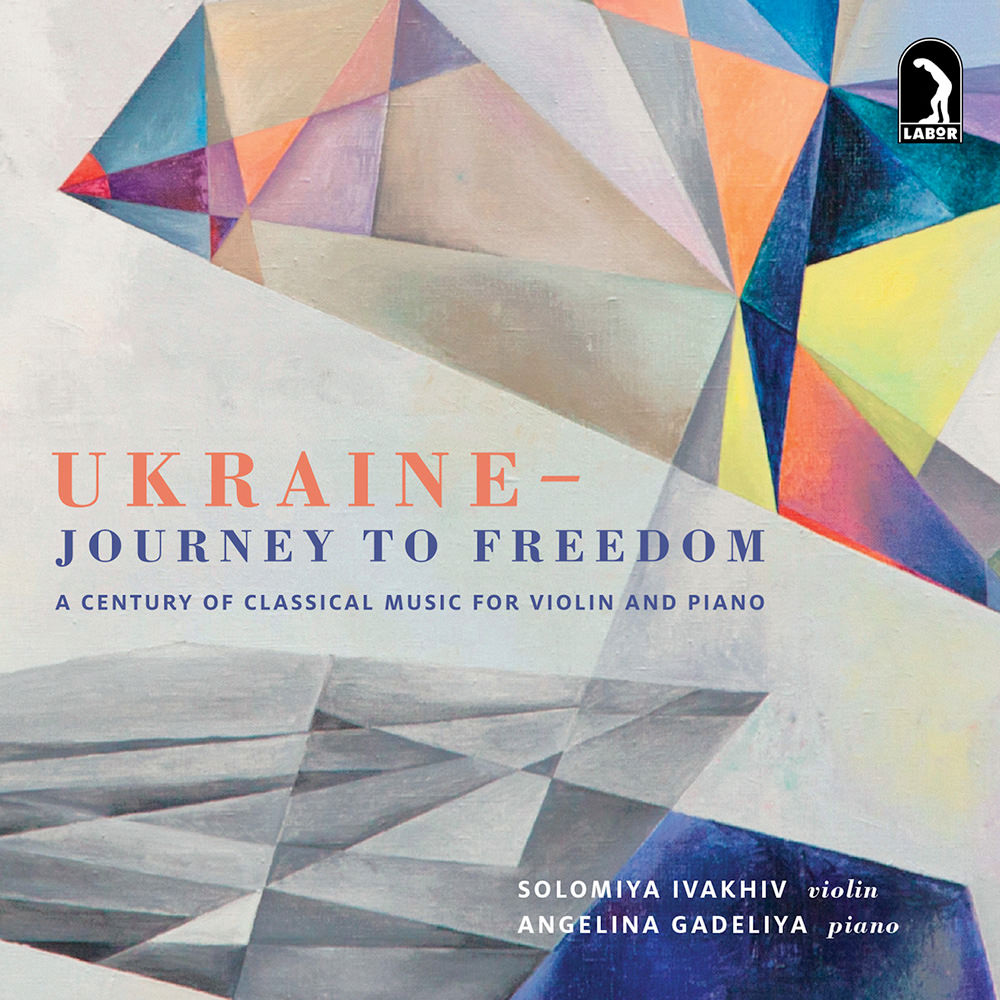 Ukraine: Journey to Freedom: A Century of Classical Music for Violin and Piano

Available in 96 kHz / 24-bit AIFF, FLAC high resolution audio formats
Violinist Solomiya Ivakhiv and pianist Angelina Gadeliya present the first recorded compendium of works for violin and piano written exclusively by Ukrainian composers over the course of a century. The stunning performances full of passion and commitment represent many of the styles and currents that dominated in the years 1919 to 2014: from Kosenko’s unabashed late romanticism and Lyatoshynsky’s expressionistic masterpiece to the 1960s neo-folklorism of Myroslav Skoryk, Yevhen Stankovych’s romantic blending of lyric expressionism and ethnographic sources, the cool neoclassicism of Ivan Karabits and the expressive structuralism of Alexander Shchetynsky’s current music. The programme includes the Post scriptum Sonata (in the composer’s words “a postscript to Mozart and more generally, to classicism”) by Ukraine’s most celebrated composer Valentyn Silvestrov, described by Arvo Pärt as “one of the greatest composers of our time.”
96 kHz / 24-bit PCM – Labor Records Studio Masters