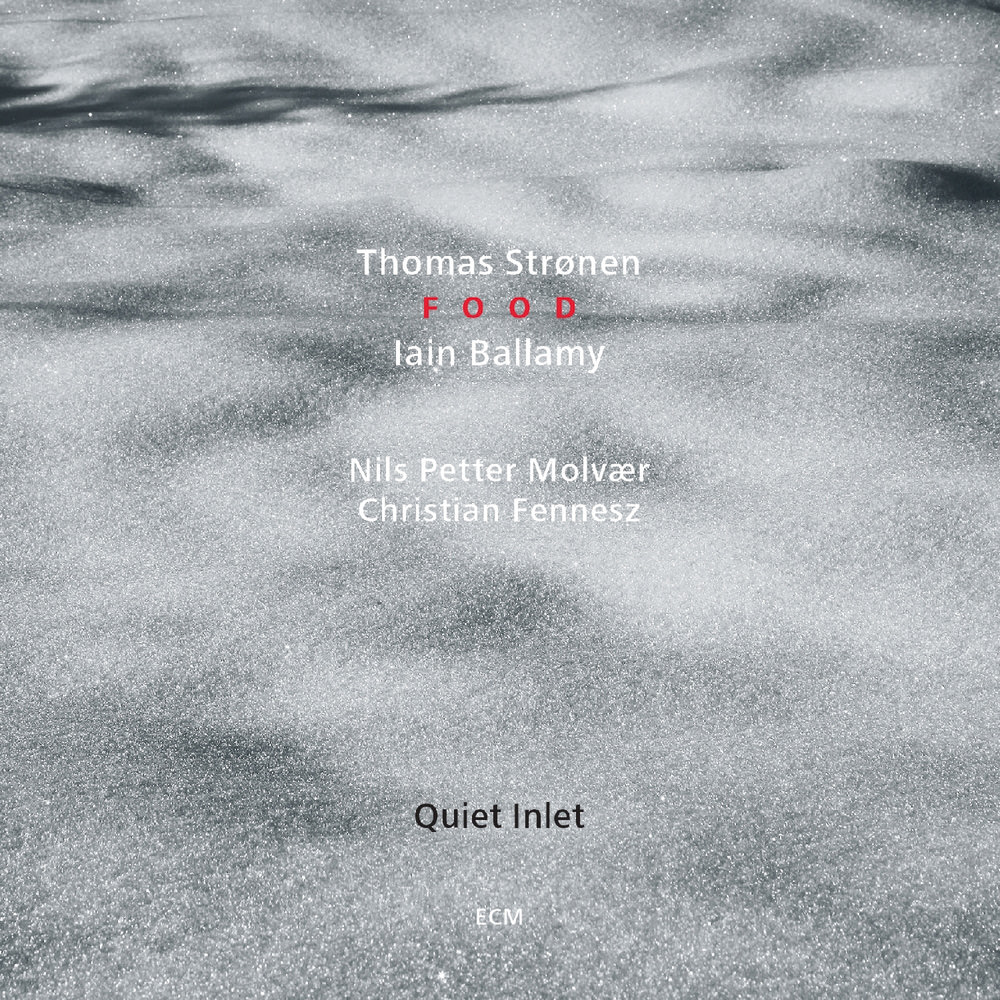 Available in 44.1 kHz / 24-bit AIFF, FLAC audio formats
"... an impressively inventive album that may be one of 2010’s best releases." - PopMatters.com "... it's Strønen who provides much of Food's sonic direction. Strønen's unique sense of time, space and placement has become Food's true core, his increasingly sophisticated, electroacoustic mélange effortlessly propelling Quiet Inlet's eminently appealing impressionism." - All About Jazz "Four Stars ... ECM's scrupulousness about sound quality certainly counts here ... vibrates with irresistibly fascinating detail and visceral excitement ... it's contemporary music through and through, driven by a rhythmic urgency and mix of acoustic and electronic sound that could only be happening now." - The Guardian The group Food has defined a new kind of lyrical electroacoustic improvisation since its founding as a quartet in 1998. Now a core duo of UK saxophonist Iain Ballamy and Norwegian drummer Thomas Strønen, they are joined by guests as needed for various projects. Following live dates in Norway in 2007 and 2008 with trumpeter Nils Petter Molvær and Austrian improvising guitarist Christian Fennesz, the four musicians headed into the studio to record the highly praised Quiet Inlet, resplendent with melodic improvisation, trancelike pulses and shifting clouds of sound.
44.1 kHz / 24-bit PCM – ECM Studio Masters