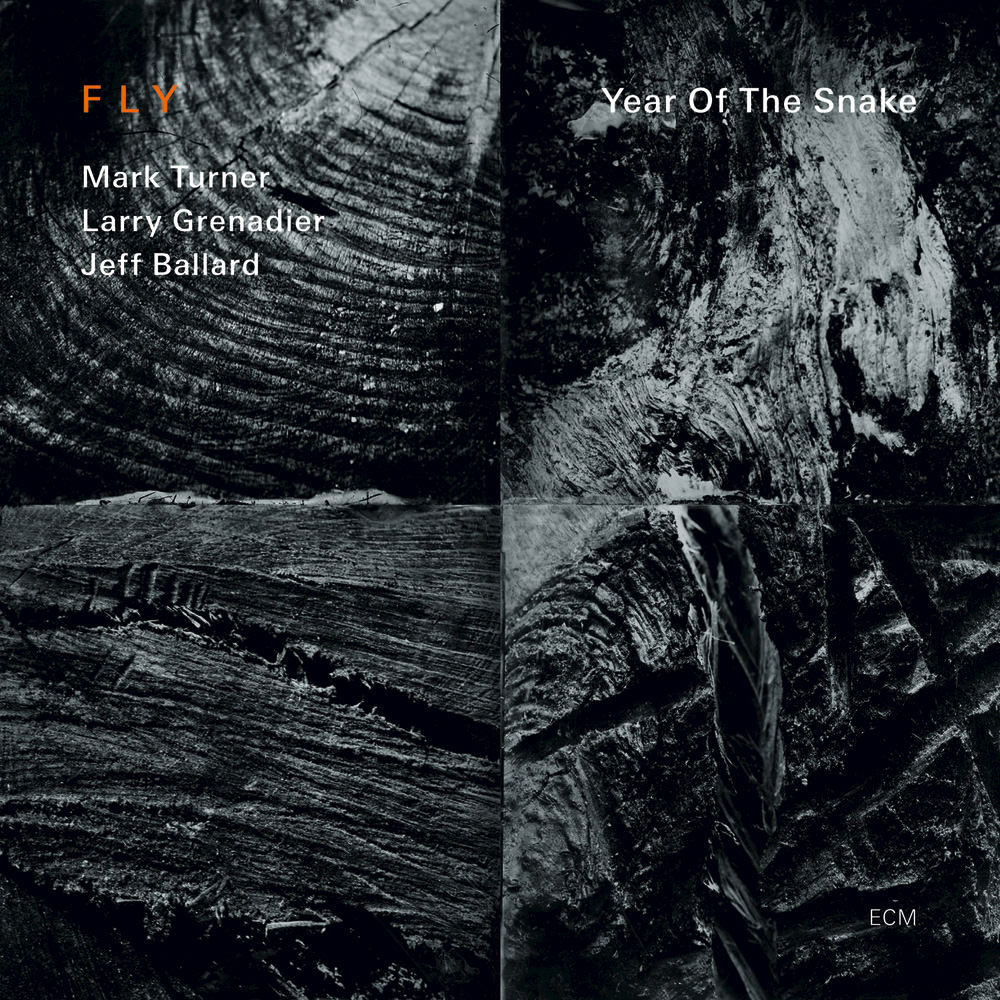 Fly: Year Of The Snake

Available in 88.2 kHz / 24-bit AIFF, FLAC high resolution audio formats
"Four Stars ... an exchange between equals, not a sax-led charge over a rhythm section ... up there with Fly's best work, with its rustling fast grooves and languid horn lines and pieces that open on almost impossibly pure high-register long tones ... one of the great contemporary jazz small groups." - The Guardian "... an hour-long programme that twists and turns the premise of the saxophone trio into something altogether new ... demonstrates with crystal clarity (that) each player's language, command and sophistication continue to evolve as the result of their efforts ... for those ready, willing and able to unshackle their preconceptions, the rewards are great and many." - All About Jazz Mark Turner, Larry Grenadier and Jeff Ballard continue to overturn the conventions of the sax/bass/drums trio on this album, their second recording for ECM, released in 2012. The three musicians in Fly share freedom and responsibilities in a democratically-constituted band of equals, which is never about soloist-and-accompaniment. More often coolheaded and thoughtful than incantatory, the trio’s music subtly interweaves improvisation and composition; there are some deep conversations and reflections on jazz history taking place inside it. All three members contribute songs to the album, which builds on the achievements of their debut.
88.2 kHz / 24-bit PCM – ECM Studio Masters