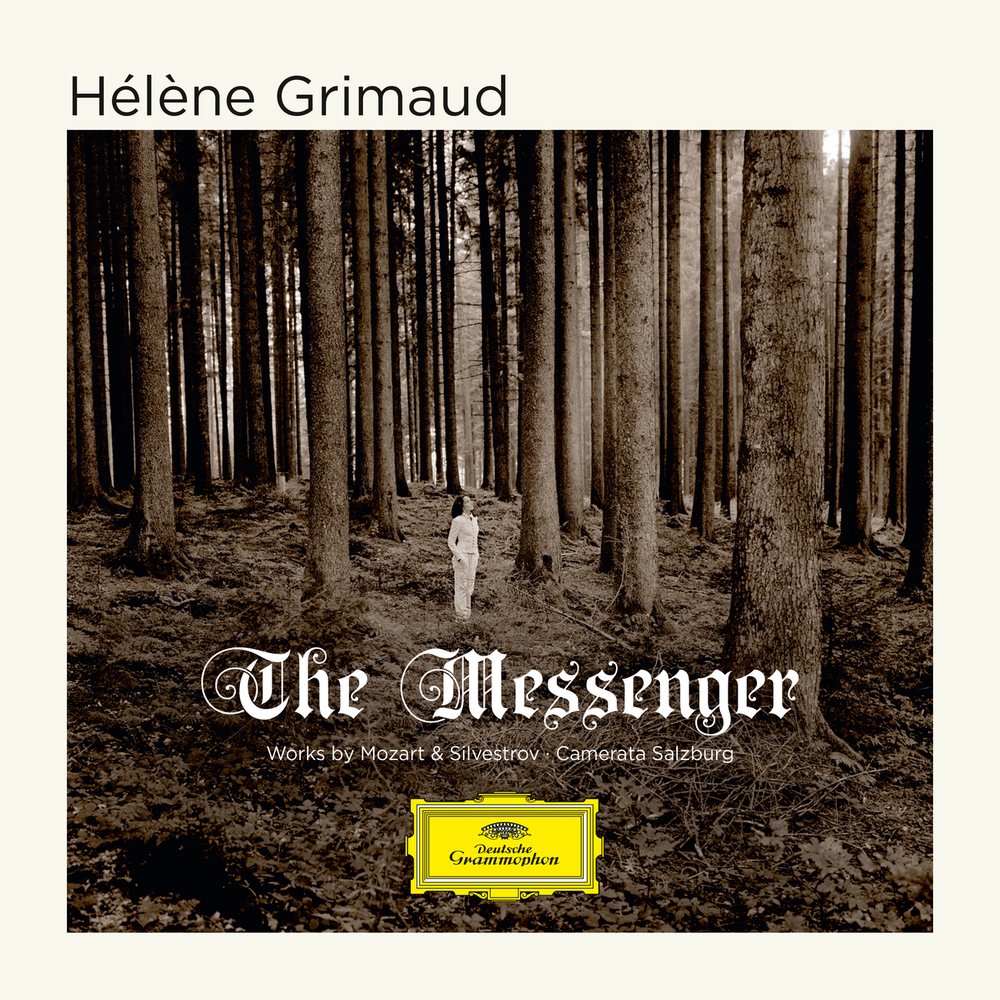 Available in 96 kHz / 24-bit AIFF, FLAC high resolution audio formats
For her latest concept album, The Messenger, Hélène Grimaud has created a fascinating pianistic dialogue between Mozart and the Ukrainian-born contemporary composer Valentin Silvestrov. The recording sessions for The Messenger took place at the start of this year at an historic Mozart site in Salzburg, the Great Hall of the University, where Hélène Grimaud was joined by the Camerata Salzburg. The album includes three works by Mozart: the unfinished Fantasia in D minor K 397, the famous Piano Concerto in D minor K 466, and the Fantasia in C minor K 475. They are presented in chronological order of composition and all three are among the relatively small number of works in Mozart’s vast output written in minor keys. Hélène Grimaud noted, “minor keys were suggestive of confrontations with fate or destiny” for Mozart. She said it took her “many years of inner cultivation to fully recognise those burning, unpredictable currents rippling beneath the transcendental beauty. That is when playing this music became a necessity.” Valentin Silvestrov’s "The Messenger" (1996) offers both a response to, and an echo of, Mozart’s music – the idea of acknowledging and paying tribute to what has gone before is central to his art as a composer. "The Messenger" starts with a theme reminiscent of Mozart and, like a messenger, creates a connection between the present and the world that existed before. “In times of uncertainty, humanity will often seek paths of least resistance. I believe, however, our time needs, as Rimbaud called it, a ‘more intense music’, conveying the introspection and effort to create a space to live in truth, a time to love beyond the many current miseries, and to strive for greater harmony with each other – and our planet. If nothing else, Mozart and Silvestrov can help remind us of the mellifluous beauty of harmony – and that we always have the possibility to modulate.” - Hélène Grimaud
96 kHz / 24-bit PCM – Deutsche Grammophon (DG) Studio Masters