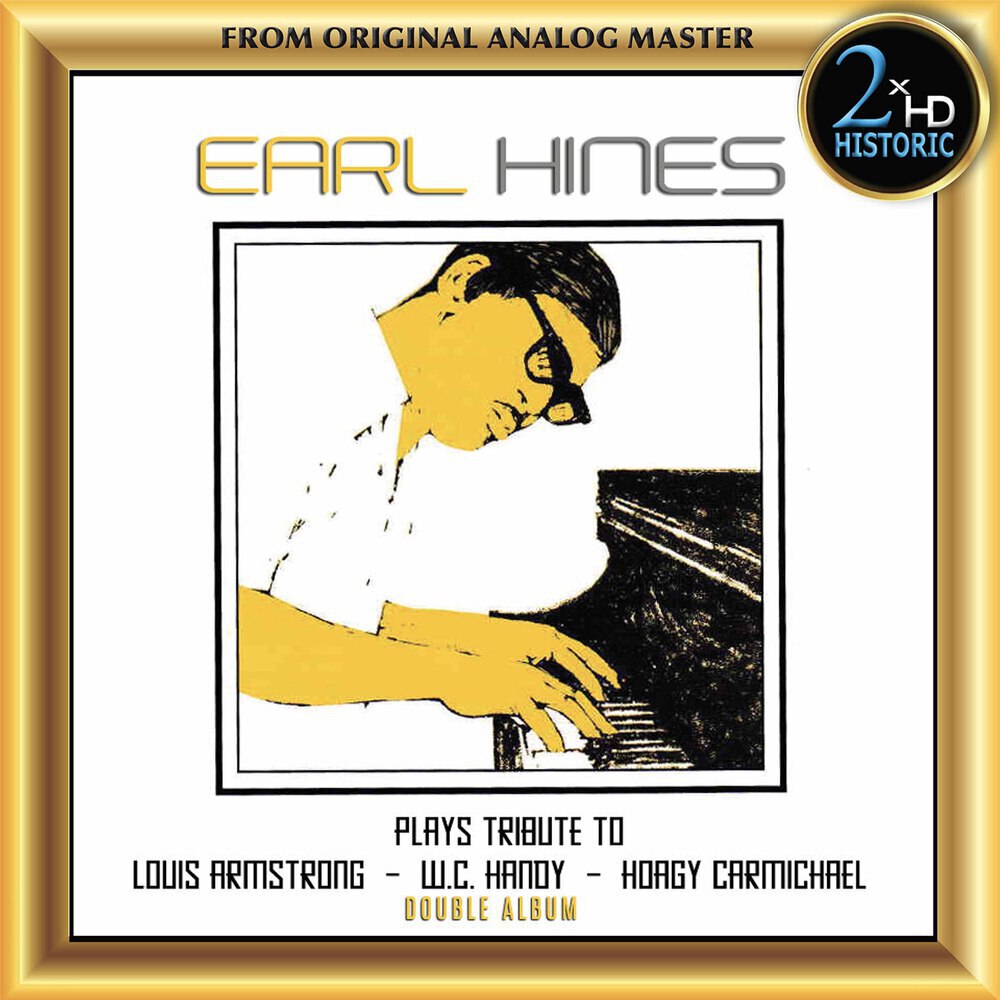 Available in 192 kHz / 24-bit, 96 kHz / 24-bit AIFF, FLAC and 11.2896 MHz, 5.6448 MHz, 2.8224 MHz DSD high resolution audio formats
Earl Kenneth Hines, also known as Earl "Fatha" Hines, was an American jazz pianist and bandleader. He was one of the most influential figures in the development of jazz piano and, according to one source, "one of a small number of pianists whose playing shaped the history of jazz". The trumpeter Dizzy Gillespie wrote, "The piano is the basis of modern harmony. This little guy came out of Chicago, Earl Hines. He changed the style of the piano. You can find the roots of Bud Powell, Herbie Hancock, all the guys who came after that. If it hadn't been for Earl Hines blazing the path for the next generation to come, it's no telling where or how they would be playing now. There were individual variations but the style of ... the modern piano came from Earl Hines." On this seminal remastering by 2xHD, the original analog tapes are given the Fusion Mastering System treatment, an innovative step in audio restoration. The mastering chain consists of a selection of high-end vacuum tube equipment; The original ¼" 15 ips NagraMaster curve, NAB or CCIR master tapes are played on a Nagra-T tape recorder which was modified with high-end tube playback electronics, and wired with OCC silver cable from the playback head direct to a Nick Doshi tube head preamplifier - the Nagra T, which - with its four direct drive motors, two pinch rollers and a tape tension head, has one of the best transports ever made.
192 kHz / 24-bit, 96 kHz / 24-bit PCM and 11.2896 MHz, 5.6448 MHz, 2.8224 MHz DSD – 2xHD Studio Masters