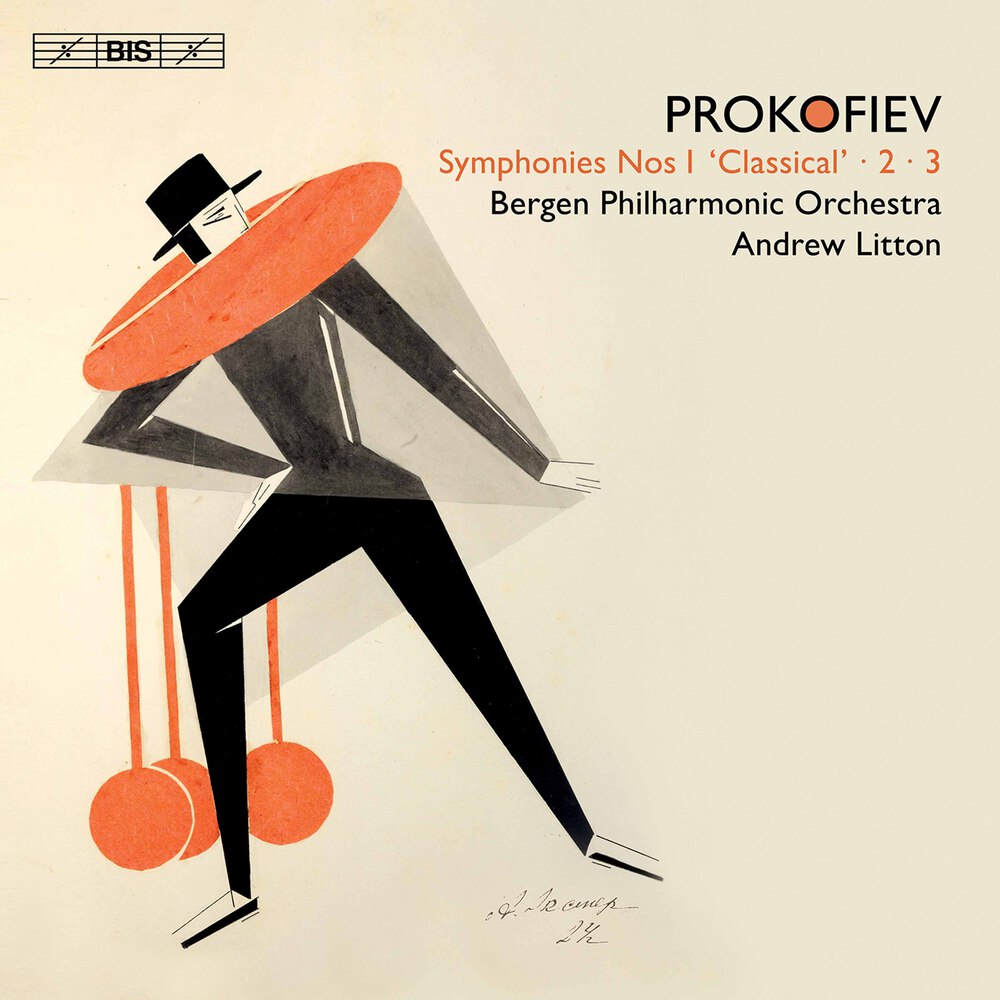 Available in 96 kHz / 24-bit AIFF, FLAC high resolution audio formats
As a composer Sergei Prokofiev was so versatile that audiences never quite knew what to expect. As a strategy, this could misfire but with his first symphony he got things just right. He once described what he had wanted to achieve: ‘If Haydn had lived into this era he would have kept his own style while absorbing things from what was new in music. That’s the kind of symphony I wanted to write...’ The ‘Classical’ symphony has been a true classic since its first performance in 1918 and is one of the few genuinely witty pieces in the twentieth-century orchestral repertory. A few months after the performance, Prokofiev left Russia for the USA where he remained for some years before settling in Paris in 1923. It was here that he composed the Second Symphony, now with the aim to be as up-to-date as possible. The first audience in 1925 was more bewildered than enthusiastic, however, and Prokofiev himself came to have doubts, wondering whether in this symphony ‘made out of iron and steel’ he’d overdone the rough counterpoint and density of texture. He now returned to a project he had been working on for several years – the opera The Fiery Angel. In 1928, when he began to think that no opera house would take it up, Prokofiev decided to reuse the music and found that ‘the material unexpectedly packed itself up into a four-movement symphony’ – his Third, characterized by an overwhelming sense of anxiety and tension. The present album is the fourth and last in a symphony cycle which has earned the Bergen Philharmonic Orchestra and Andrew Litton critical acclaim worldwide.
96 kHz / 24-bit PCM – BIS Records Studio Masters