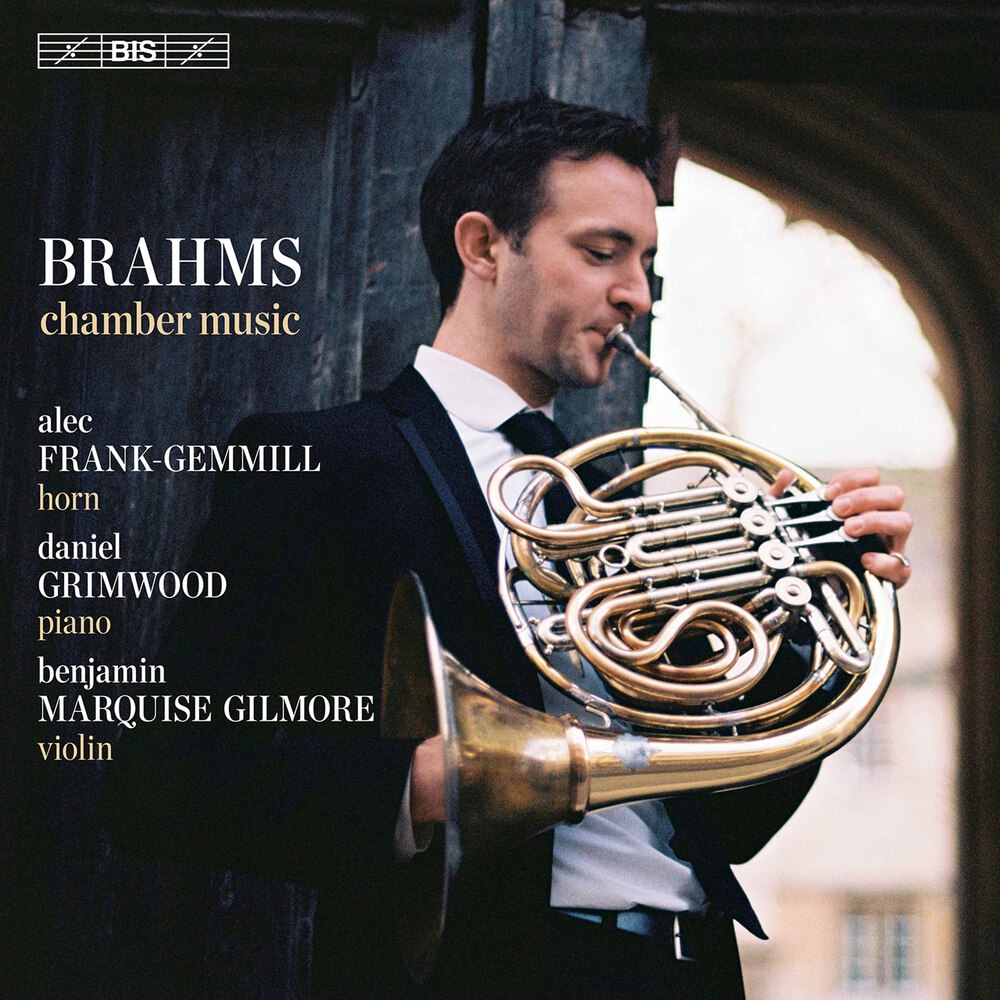 The horn was one of the instruments that Johannes Brahms learned in his youth, from his father who played it professionally. His fondness and familiarity with the instrument is clear from the glorious solos that he provided it with in his symphonies, and he gave it pride of place in the Horn Trio that he wrote in memory of his mother Christiane. Even so, he never composed any other chamber work involving the horn – an oversight that horn players have regretted ever since.

Following up on two highly acclaimed BIS albums, Alec Frank-Gemmill decided to rectify this, and enlisted the help of pianist Daniel Grimwood and violinist Benjamin Marquise Gilmore. It goes without saying that the resulting disc includes the Horn Trio – which Frank-Gemmill has chosen to perform on the instrument played by Aubrey Brain on his legendary 1933 recording of the work. But leading up to this are two works originally written for violin and cello respectively.

The sometimes controversial subject of transcriptions is discussed by Frank-Gemmill in his liner notes where he also explains his selection of works. In the Scherzo that Brahms wrote as his contribution to the F-A-E Sonata (which also included movements by Schumann and Albert Dietrich), he finds that the very fabric of the piece is made up of horn calls, while the galloping 6/8 theme reminds him of the final movement of the horn trio.

Wanting to also include a sonata, Frank-Gemmill settled on the E minor Cello Sonata, Op. 38 as the one best suited for the horn, and together with arranger Daniel Grimwood the decision was made to transpose the work a third up, into G minor. Through their efforts, we are able to present a Brahms recital that hornists – and the rest of us – could only dream of.
96 kHz / 24-bit PCM – BIS Records Studio Masters