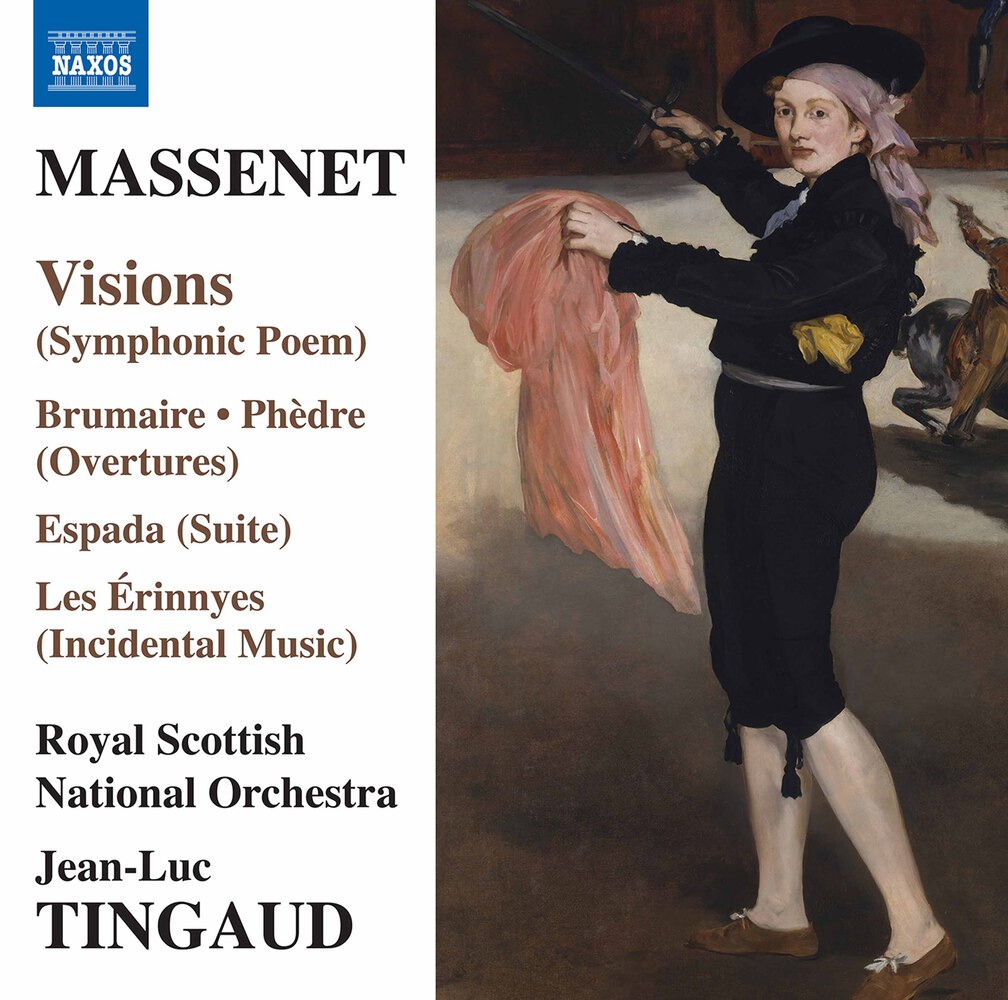 Available in 96 kHz / 24-bit AIFF, FLAC high resolution audio formats
Jules Massenet is famous for his series of 27 operas that include "Manon" and "Werther", but he also wrote a significant portfolio of orchestral music which include ballets, orchestral suites and incidental music. The works presented here show his versatility and lyricism and include the one-act ballet "Espada", saturated in Iberian colour and beguiling rhythms, as well as "Les Érinnyes" (‘The Furies’) with a vivid sequence of contrasting themes. Modelled after Liszt, "Visions" is a poème-symphonique of both ethereal and dramatic power.
96 kHz / 24-bit PCM – Naxos Studio Masters