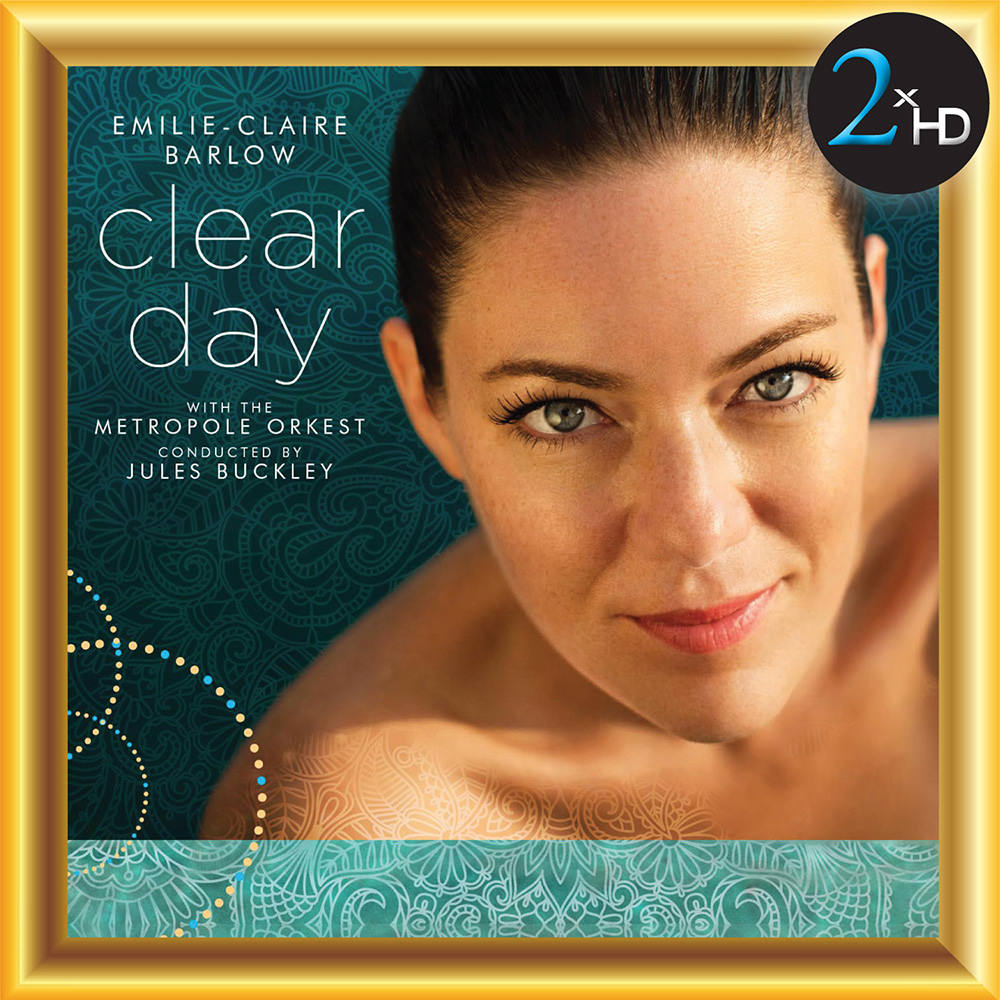 Available in 192 kHz / 24-bit, 96 kHz / 24-bit AIFF, FLAC and 5.6448 MHz, 2.8224 MHz DSD high resolution audio formats
"... explores a wider palette ... it’s also her grandest outing to date ... she adds newfound depth to such varied selections ..." - JazzTimes.com "... one of the finest singer/musicians that Canada has ever produced ... (she) has partnered her stunning voice and arranging skills with the world-renowned Metropole Orkest ... this recording is a portrait of the artist as a mature women poised at the full apex of her skill, talent, inspiration and power ... sung here with the soaring, crystalline purity of her magnificent vocal instrument." - The WholeNote On this Juno Award-winning release, incomparable Canadian jazz vocalist Emilie-Claire Barlow continues to endear herself with her relaxed, polished demeanour, her charming humour and her voice of unforgettable beauty. Musically, Clear Day features a big sound, thanks to the 69 musicians of the Netherlands Metropole Orkest conducted by Jules Buckley, accompanying Barlow’s five piece band on interpretations of songs by the Beatles, Pat Metheny, Coldplay, Van Morrison, Brad Mehldau, David Bowie, Joni Mitchell and more.
192 kHz / 24-bit, 96 kHz / 24-bit PCM and 5.6448 MHz, 2.8224 MHz DSD – 2xHD Studio Masters

In order to achieve the most accurate reproduction of the original recording we tailor our process specifically for each project, using a selection from our pool of state-of-the-art audiophile components and connectors. The process begins with a transfer to analogue from the original 24 bit/192 kHz resolution master, using cutting edge D/A converters. The analogue signal is then sent through a high end tube preamplifier before being recorded directly in DXD using the dCS905 A/D and the dCS Vivaldi Clock. All connections used in the process are made of OCC silver cable. DSD and 192 kHz / 24-bit versions are separately generated, directly from the analogue signal. 2xHD mastering by René Laflamme 2xHD executive producer: André Perry