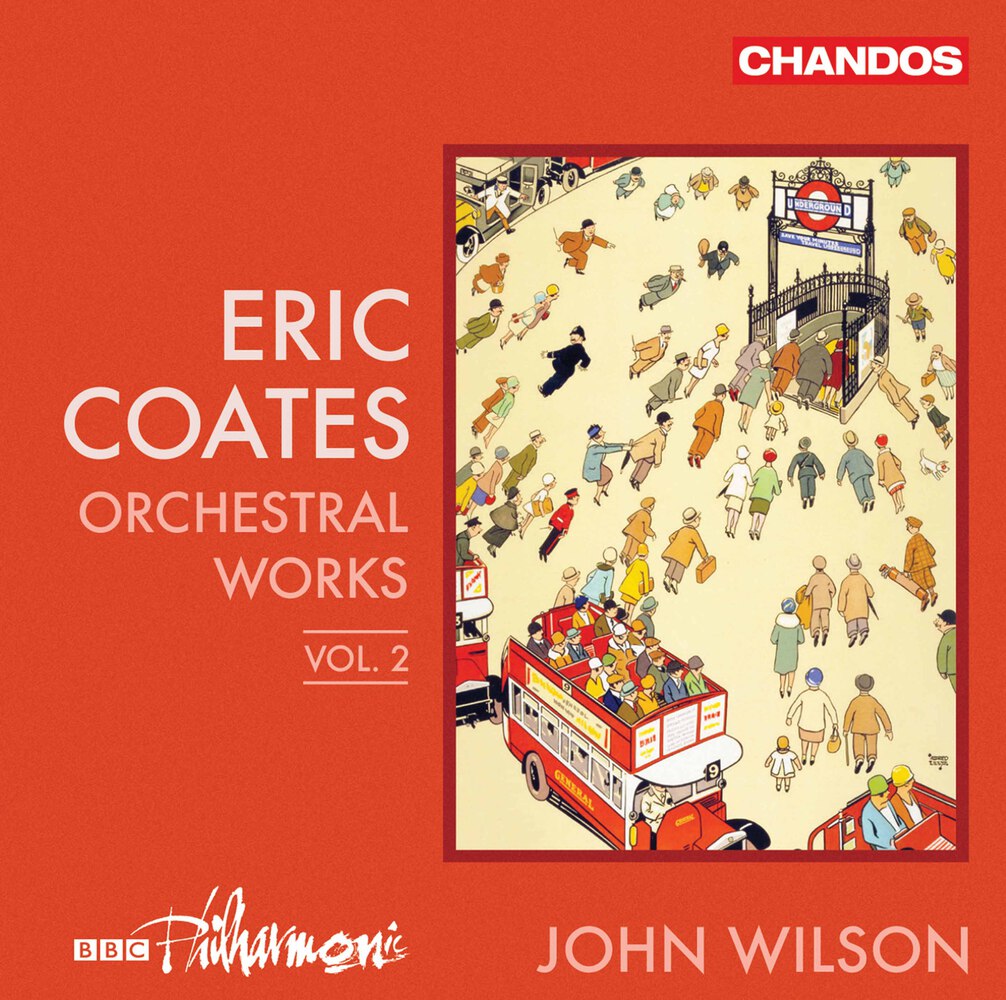 For the second volume of the music of Eric Coates, John Wilson has built his programme around three contrasting ‘major’ works. The Suite "Summer Days" was premiered in October 1919, shortly after Henry Wood had fired Coates from his position as lead viola in the Queen’s Hall Orchestra. An immediate hit, the suite received rave reviews and many more performances. It was recorded in 1926, Sir Edward Elgar telling Coates that he had played it so often that he had worn out the disc!

"The Selfish Giant", from 1925, based on Oscar Wilde’s story, was the first in a series of highly successful musical retellings of fairy tales.

"The Enchanted Garden" originated in a commission from the Swedish Broadcasting Company. Although he described The Enchanted Garden as a ballet, Coates conceived it principally as a concert work. Composed in June and July 1938, it was premiered in a BBC radio broadcast in November that year, immediately before Coates took it on tour to Stockholm.

Of the other, shorter pieces on the album, "Calling All Workers" is arguably Coates’s best-known work, composed in the summer of 1940 and dedicated ‘to all who work’. The march was adopted by the BBC as the signature tune for their new daily radio show ‘Music While You Work’, and was heard twice daily for twenty-seven years – clocking up more than 16,000 broadcast performances.
96 kHz / 24-bit PCM – Chandos Studio Masters