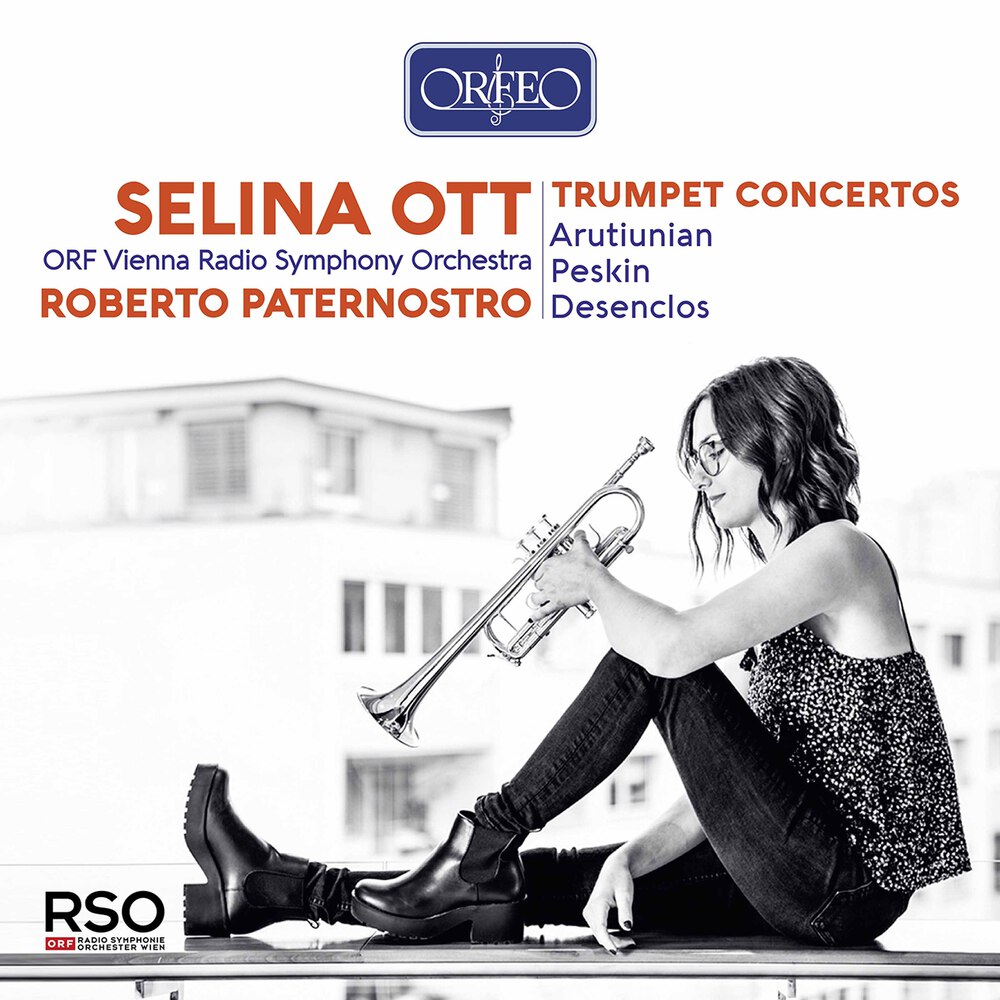 Available in 96 kHz / 24-bit AIFF, FLAC high resolution audio formats
As first woman ever in the seventy-year history of the ARD International Music Competition Munich, Selina Ott was awarded 1st Prize in the category trumpet in September 2018 at the age of only 20. Subsequently, she has been invited to perform with leading orchestras such as the WDR Symphony Orchestra, the Tonkünstler-Orchester Niederösterreich and the Czech Philharmonic, and to international festivals. Selina Ott started her music studies at the age of five years on the piano. One year later, she began to study trumpet with her father Erich Ott. She continued her studies at the University of Music and Performing Arts in Vienna with Martin Mühlfellner and at the University of Music in Karlsruhe with Reinhold Friedrich. In 2020 she graduated with distinction in the class of Roman Rindberger at the Music and Arts University of the City of Vienna (MUK). In addition, she attended several masterclasses by Gabor Tarkövi, Jens Lindemann, Hans Gansch, Guillaume Couloumy and the like. On her debut album with the ORF Vienna Radio Symphony Orchestra and Roberto Paternostro, the young artist presents an exciting selection from the opulent range of 20th century trumpet concertos that have been written in close temporal proximity to one another: the very frequently performed concerto by Arutunian is accompanied by the much rarer first concerto by Vladimir Peskin. By exhibiting completely different facets of musical diction, the piece of the Frenchman Alfred Desenclos forms a charming contrast to these two Soviet works. Selina Ott says that the concerto by Desenclos ‘is really my favourite piece’. She performed it in the first round of the ARD International Music Competition in 2018, where she ultimately won the First Prize.
96 kHz / 24-bit PCM – Orfeo Studio Masters