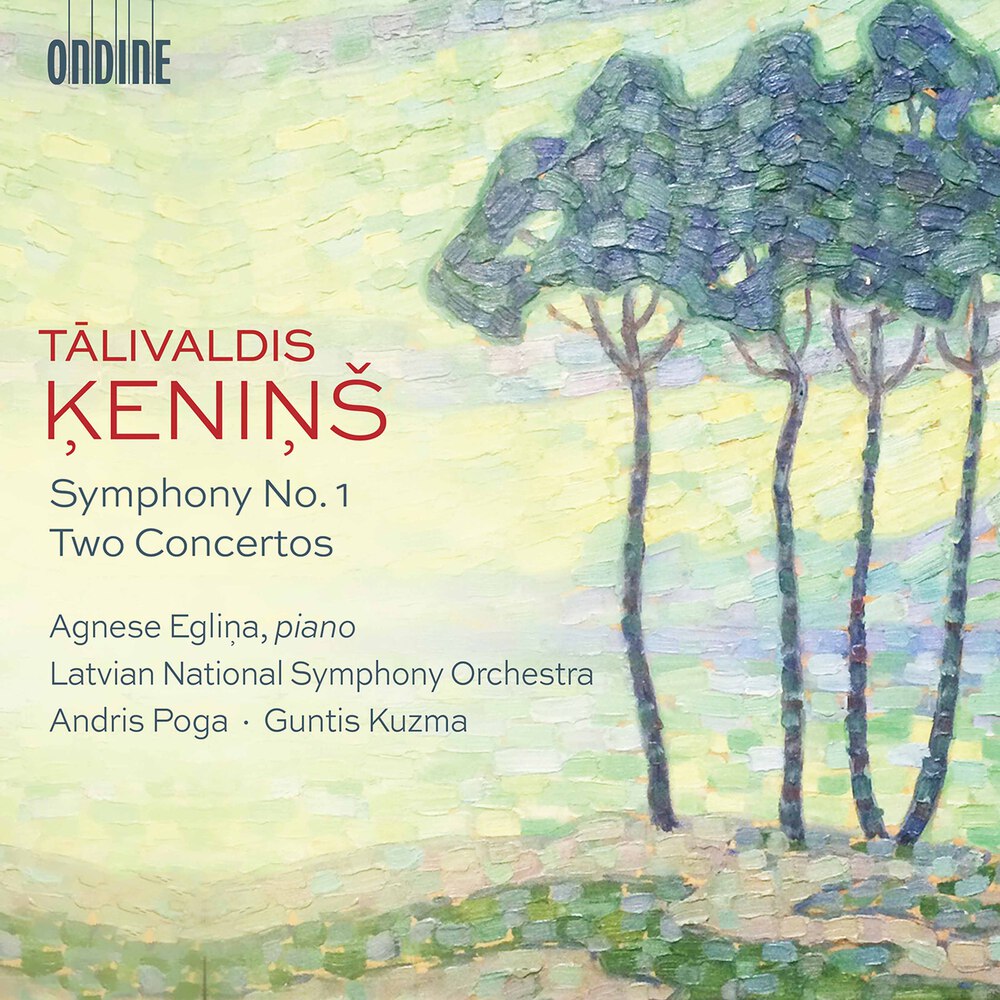 Available in 96 kHz / 24-bit AIFF, FLAC high resolution audio formats
Talivaldis Keninš (1919–2008) is a name that is not known to most classical listeners despite of his long international career as a composer. This album presents three orchestral works by one of Latvia’s greatest 20th century composers performed by the Latvian National Symphony Orchestra under the baton of Andris Poga and Guntis Kuzma. Although born in Latvia, Keninšlived most of his life as an exile. He was educated in Paris, where he studied under Tony Aubin and Olivier Messiaen, and won several awards. Keninš emigrated to Canada in 1951and became a respected pedagogue and a very influential figure in Canada’s music life. Alongside his pedagogic work he wrote a sizeable catalogue of works, including several symphonies and concertos. According to Keninš, chamber music was the highest form of art. His Concerto di camera No. 1 (1981) reveals his love for chamber music. The work contains hints of Bartók. The composer himself mentioned Mozart’s concertos as his model when writing the work. Concerto for Piano, Strings and Percussion (1990) was completed shortly after the composer’s first visit to Latvia since the 1940s. Latvia was struggling to regain its independence and the work has a particularly tense and tragic atmosphere. When the work was premiered in Canada, the composer drew attention to the events unfolding in his home country when describing the work. Keninš wrote his First Symphony in 1959. This expressive work represents well the element of Latvian folk music in the composer’s work fusing it together with contemporary elements. Upon its premiere, the work received several performances in Canada, including CBC radio broadcasts.
96 kHz / 24-bit PCM – Ondine Studio Masters