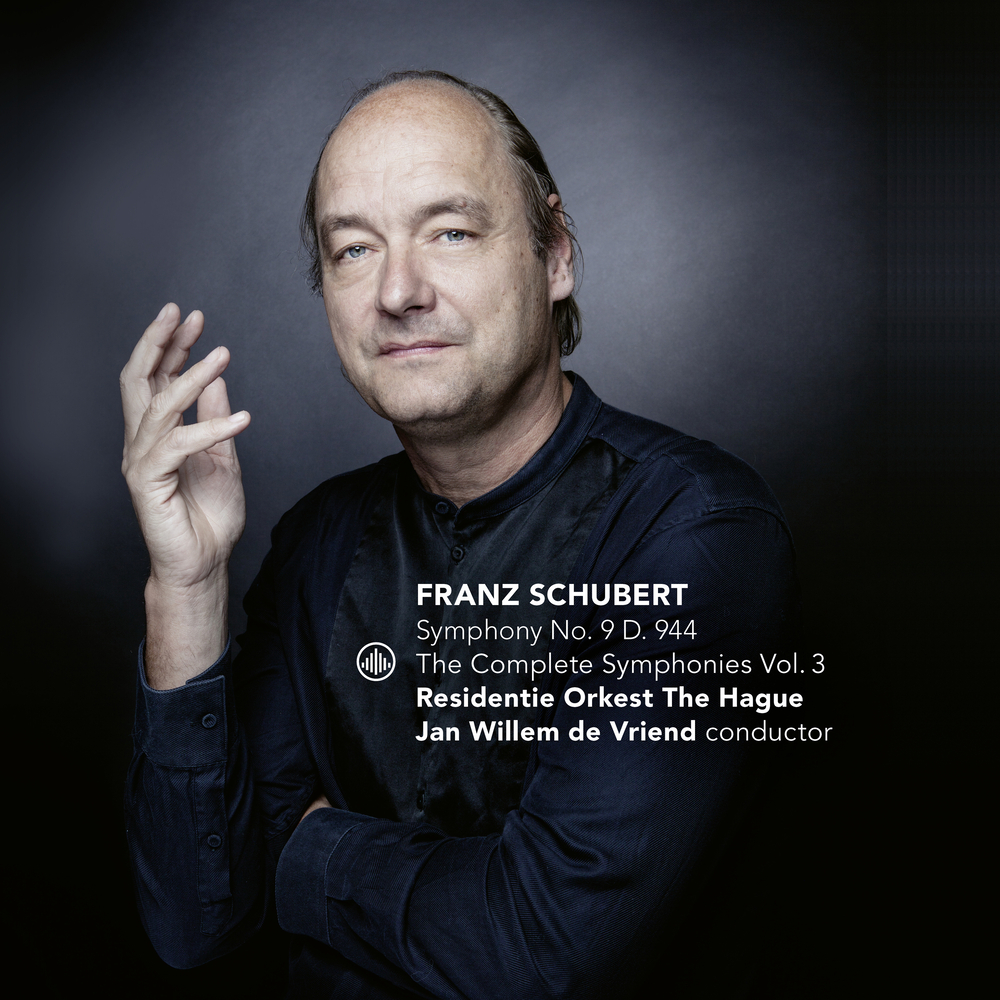 Available in 44.1 kHz / 24-bit AIFF, FLAC audio formats
For about 150 years it was believed that Schubert composed his Ninth Symphony in 1828, not long before his death but, musical scholarship being a continuous process, this theory was later disproved. It was discovered in the late 20th century that in fact he composed most of this work three years earlier and revised it in 1826 and 1827. Following a period of poor health, 1825 was a better year for Schubert, while his finances were also improved. Schubert never heard a single performance of many of his works, including this great symphony. When it was rehearsed in 1827 at the Gesellschaft der Musikfreunde in Vienna, the string players complained that passages in which a rhythmic figure is obsessively repeated, especially in the finale, were unplayable. In May 1824, Schubert attended the first performance of Beethoven’s Ninth Symphony. Beethoven revolutionised symphonic form, expanding its expressive range enormously, his Ninth Symphony in particular being conceived on a much grander scale than any previous symphony. Schubert was just one of many composers influenced by Beethoven’s achievements. Many scholars have suggested the various ways in which Schubert was influenced by Beethoven, but the most extraordinary aspect of Schubert's mature music is its complete individuality. The compositional techniques, the handling of tonality and structure, and the orchestral sound of these two contemporaries have very little in common. Schubert’s own profound originality is all the more striking for its emergence at a time when Beethoven's impact on the development of the symphony was so revolutionary and far-reaching.
44.1 kHz / 24-bit PCM – Challenge Classics Studio Masters