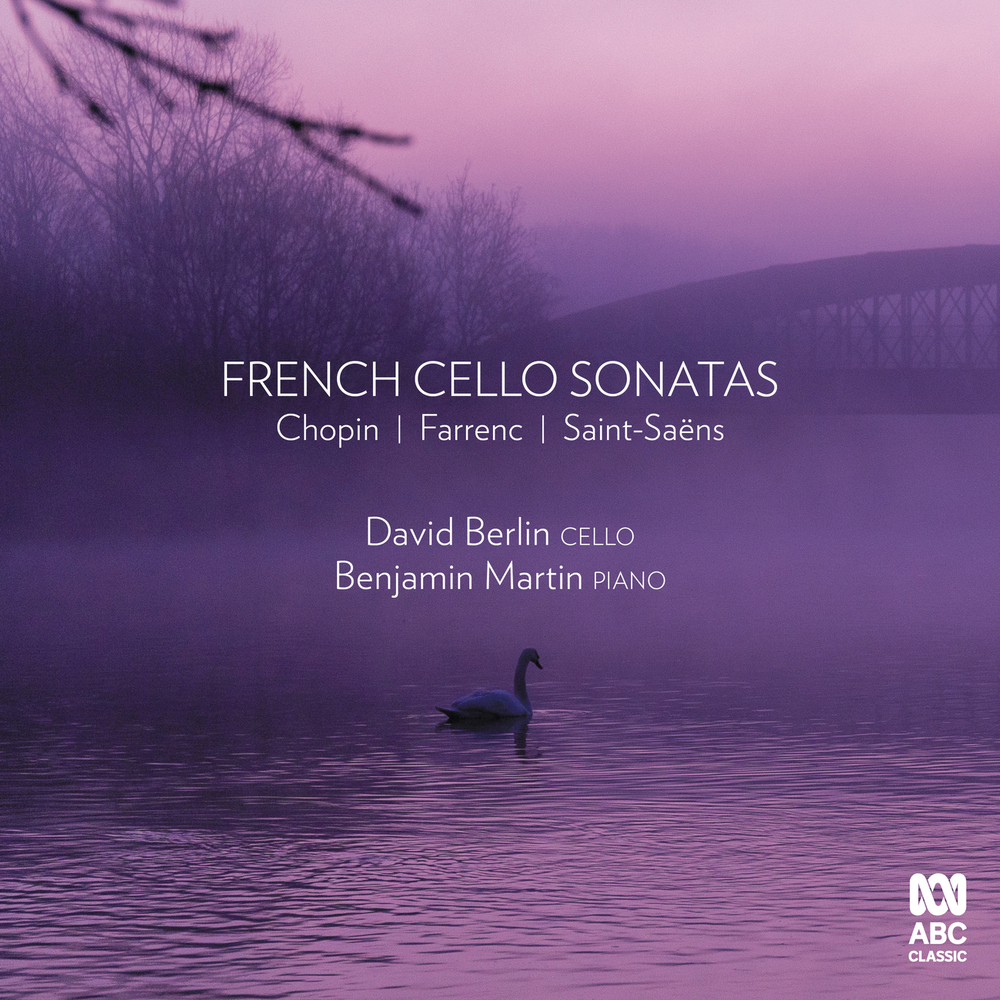 Available in 96 kHz / 24-bit AIFF, FLAC high resolution audio formats
The cello’s rich, singing tones are a perfect match for the passionate eloquence of the Romantic era. In the masterful hands of David Berlin, Principal Cellist of the Melbourne Symphony Orchestra, partnered by internationally acclaimed pianist Benjamin Martin, the cello reveals its sublime range of colours and timbres. This intimate album presents radiant music for cello and piano from three masters of the French Romantic: the lyrical beauty of Chopin, the elemental power of Saint-Saëns, and serene elegance from Louise Farrenc. For 35 years, David Berlin has been at the forefront of music performance in Australia, as Principal Cello of both the Adelaide Symphony Orchestra (1985–88) and the Melbourne Symphony Orchestra (since 1989), and as guest Principal Cello with the Sydney and Tasmanian Symphony Orchestras, the Australian Chamber Orchestra and the Australian World Orchestra. His chamber music partners have included Kolja Blacher, James Ehnes, Nigel Kennedy, Sarah Chang, Ian Bostridge, Garrick Ohlsson, Emanuel Ax and Yefim Bronfman, and he gave the world premiere performance of Liszt’s complete cycle of works for cello and piano with Leslie Howard, in London in 1992. Award-winning pianist Benjamin Martin has appeared regularly with the Australian Chamber Orchestra as well as partnering with such luminaries as Joshua Bell, Alina Ibragimova, Pekka Kuusisto and Hartmut Lindemann. He is a performer of exceptional intensity and subtlety of expression – ‘the consummate artist’, according to The Age – and also a highly regarded composer whose music has been performed around Australia and in the US.
96 kHz / 24-bit PCM – Australian Broadcasting Corp (ABC) Studio Masters