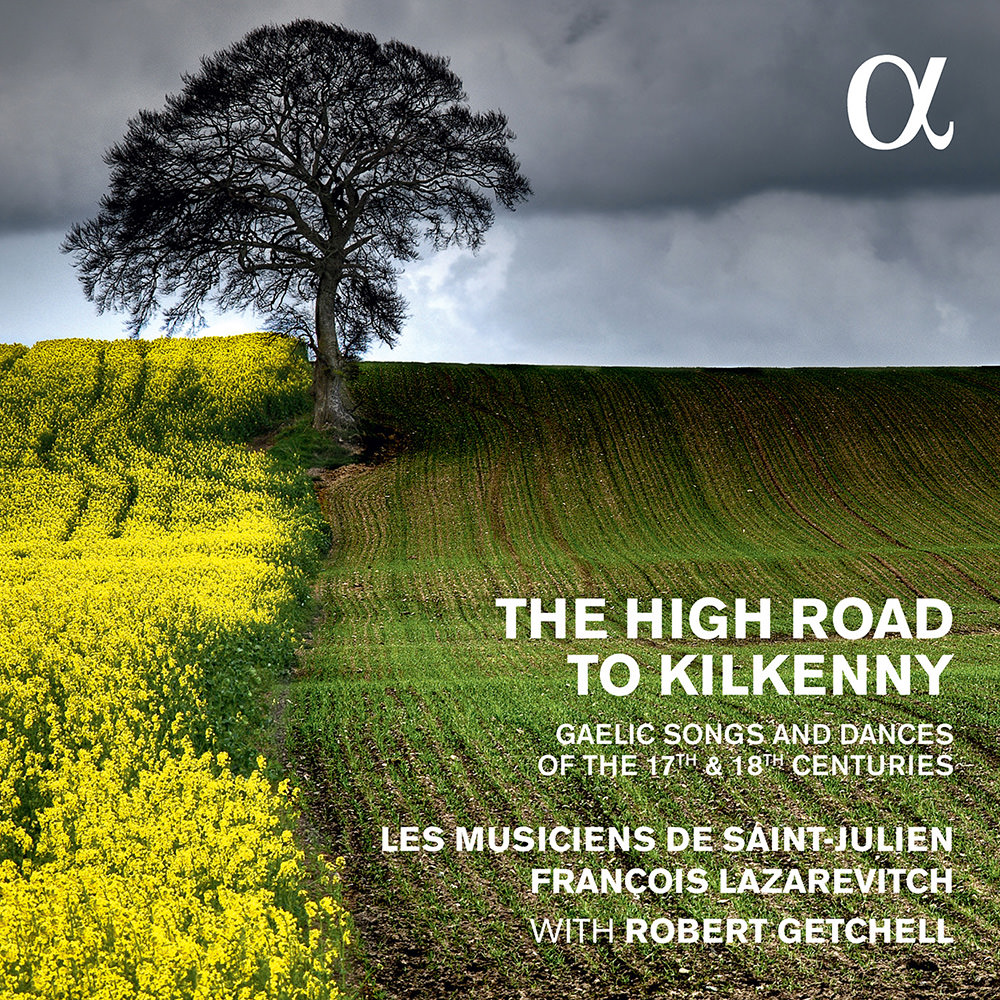 The High Road to Kilkenny: Gaelic Songs and Dances of the 17th & 18th Centuries

Available in 96 kHz / 24-bit AIFF, FLAC high resolution audio formats
Following a successful album devoted to the early music of Scotland, François Lazarevitch continues his exploration of Celtic repertories with this programme devoted to early Irish music. This collection of old airs from the 17th and 18th centuries consists of dances, songs in Gaelic and varied instrumental pieces that tell tales of wars, of love, of strong drink and tobacco, of children and bards. A leading specialist in the flute and bagpipe families, Lazarevitch opens new horizons of colours and sounds, surrounded here by a number of distinguished performers of early music, including Baroque violinist and fiddler David Greenberg and American tenor Robert Getchell, who cuts a very credible figure as a singer going back to his roots.
96 kHz / 24-bit PCM – Alpha Studio Masters