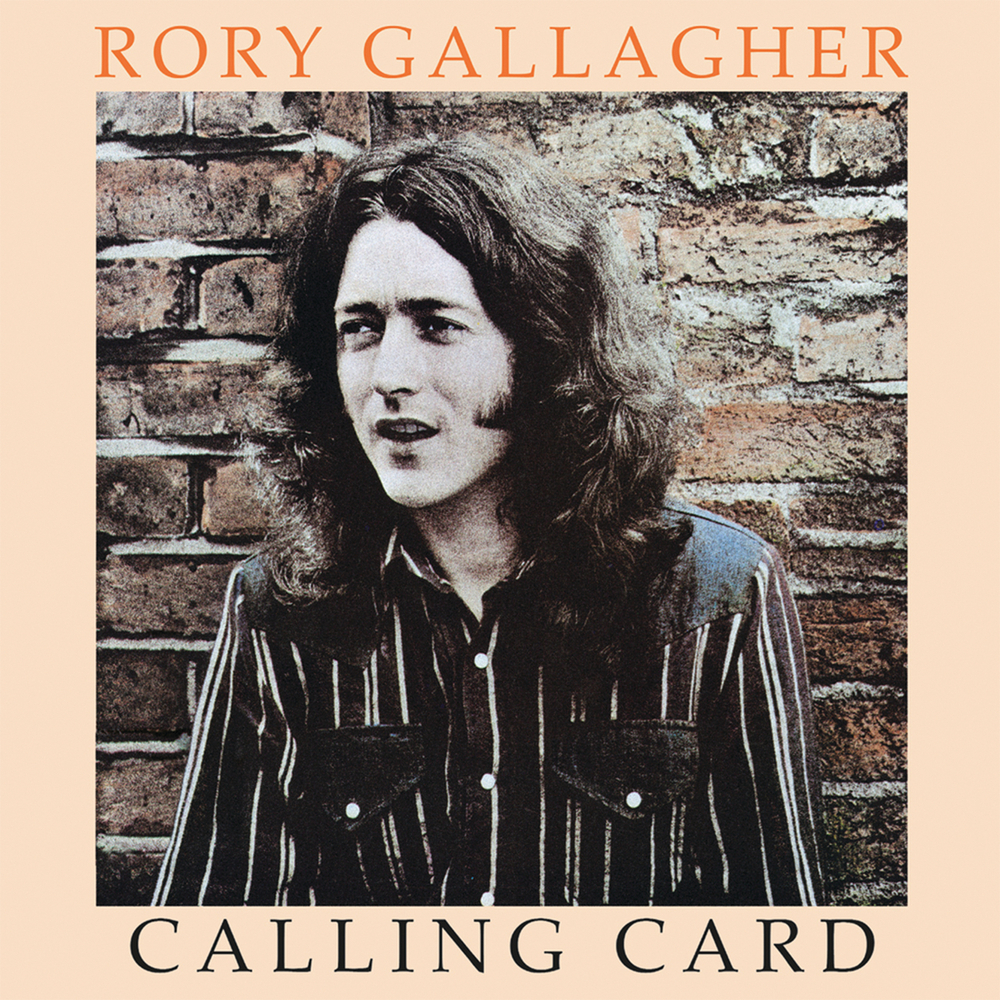 Calling Card is the eighth album by Irish singer/guitarist Rory Gallagher. A 1976 release, it was his second of four albums released on Chrysalis Records in the 1970s. Deep Purple/Rainbow bass guitarist Roger Glover co-produced with Gallagher: it was the first time that Gallagher worked with a "name" producer and the only successful such collaboration. It was also the last album Gallagher would do with Rod de'Ath (drums) and Lou Martin (keyboards).

After Calling Card, Gallagher retained only his long-time bass guitarist Gerry McAvoy and hired Ted McKenna on drums. This revised power trio was Gallagher's line up for the next five years when Brendan O'Neil took the sticks.

The sessions for the album began at Musicland Studios in Munich, Germany, in the summer of 1976. Glover came on board as co-producer after having met Gallagher when the latter opened for Deep Purple on an American tour. The choice of Glover signified a conscious attempt by Gallagher to try new directions from the hard rock he was best known for. As a result, Calling Card is one of his most diverse albums.