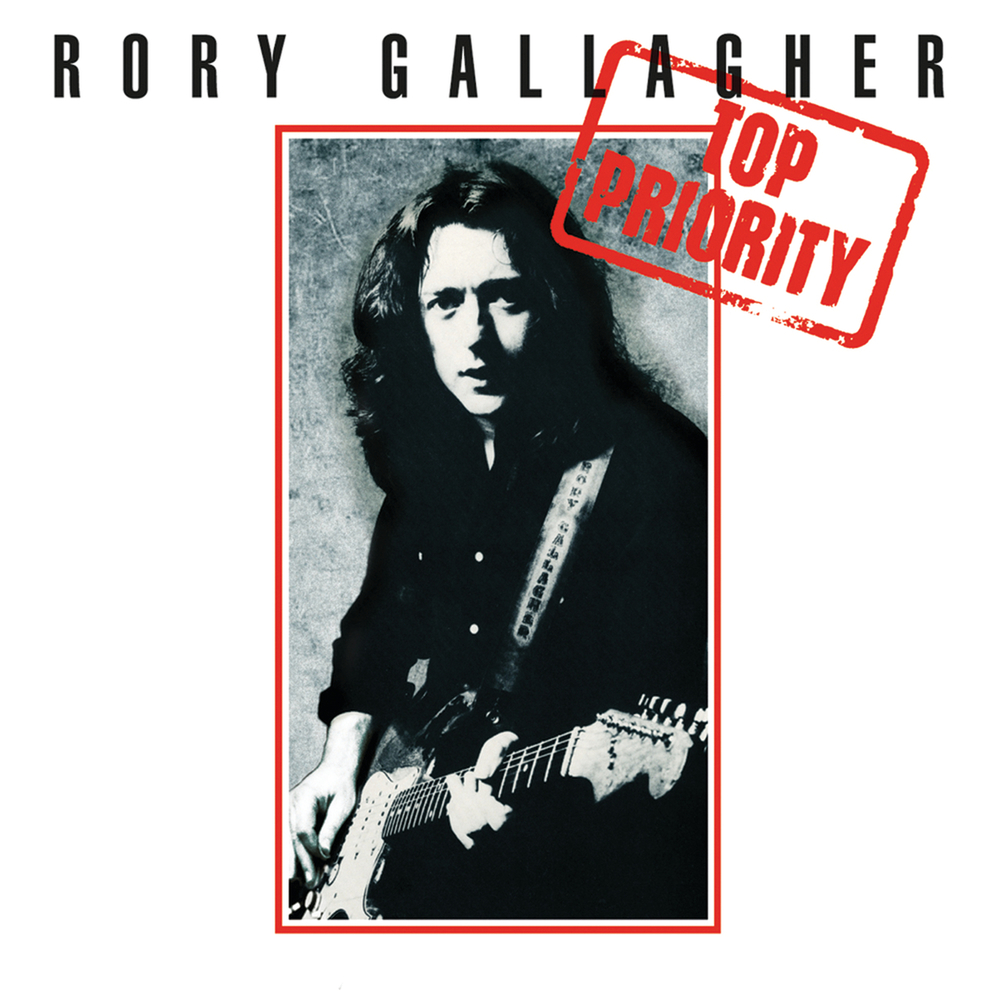 Available in 96 kHz / 24-bit AIFF, FLAC high resolution audio formats
Top Priority is Rory Gallagher's tenth album. The album was the second with his revised power trio band. Like the previous album Photo-Finish, Top Priority is a return to hard rock. The ballads, acoustic and folk influences that were seen on albums such as Calling Card are replaced by more conventional but powerful blues rock. The album title reflects the pressure that Gallagher often felt regarding the business end of making music. After the release of Photo-Finish Gallagher's band had a successful tour of the United States that resulted in good press both in the states and at home. Chrysalis was eager to keep the momentum going and encouraged Rory to release another studio album quickly, telling him they would make it their "Top Priority" and actively promote it. To remind the executives of their promise Gallagher used the phrase for the album title. The 2017 re-issue features new mastering from the original 1/4 master tape by Andy Pearce & Matt Wortham at Wired Masters in 2017.
96 kHz / 24-bit PCM – UMC (Universal Music Catalogue) Studio Masters