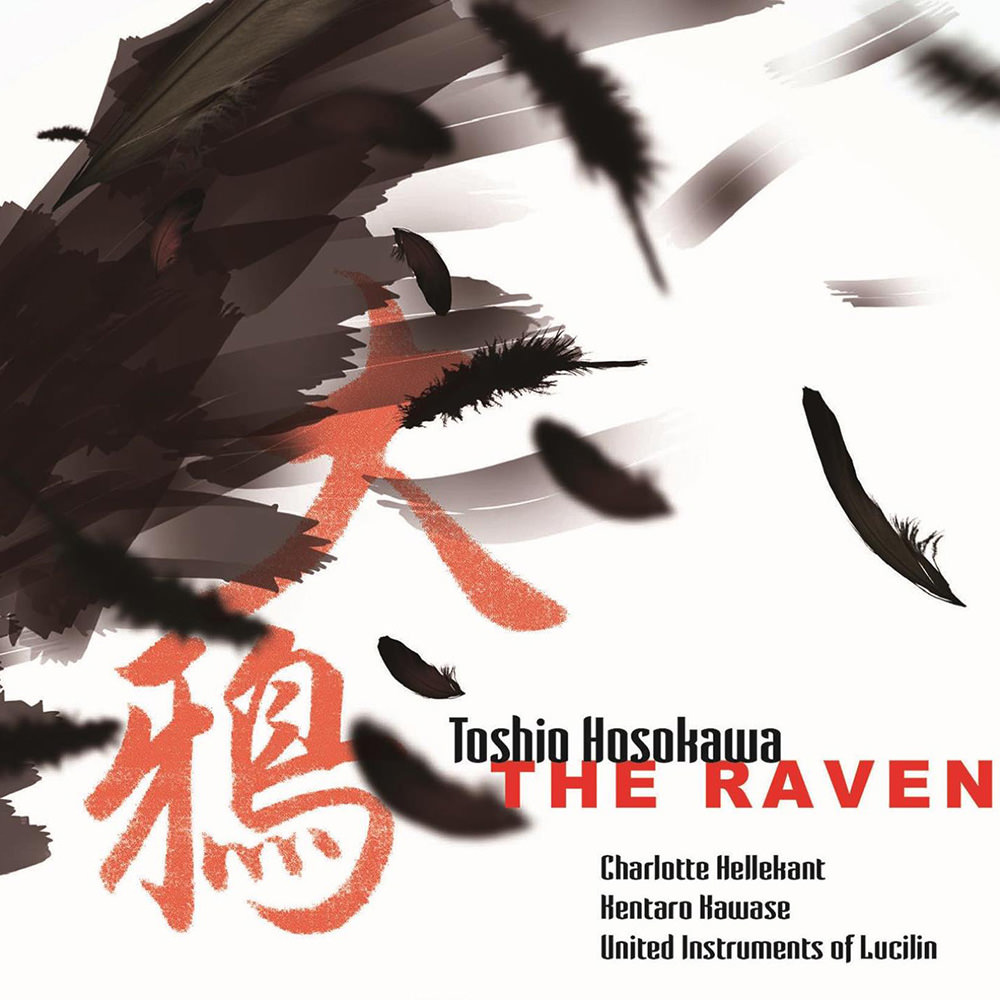 Recorded in October 2014 in Hiroshima in the presence of the composer Toshio Hosokawa, this monodrama for mezzo-soprano and 12 players is based on The Raven by Edgar Allan Poe. The Luxembourg-based contemporary chamber music ensemble the United Instruments of Lucilin commissioned the work, showcasing Swedish mezzo-soprano Charlotte Hellekant.

"When I read The Raven by Edgar Allan Poe, it reminded me of the Japanese Noh play. A view of the world in the Noh is not anthropocentric. Some of the main characters in the Noh are animals and plants and some are unearthly spirits. Poe describes the process of the collapse of the modern rational world, as a consequence of an invasion of the world by a weird animal ‘raven’ which lives in the other world. I considered this poem as a story of Noh and expressed it in the form of monodrama with mezzo-soprano and ensemble."
- Toshio Hosokawa
96 kHz / 24-bit PCM – Naxos Japan Studio Masters