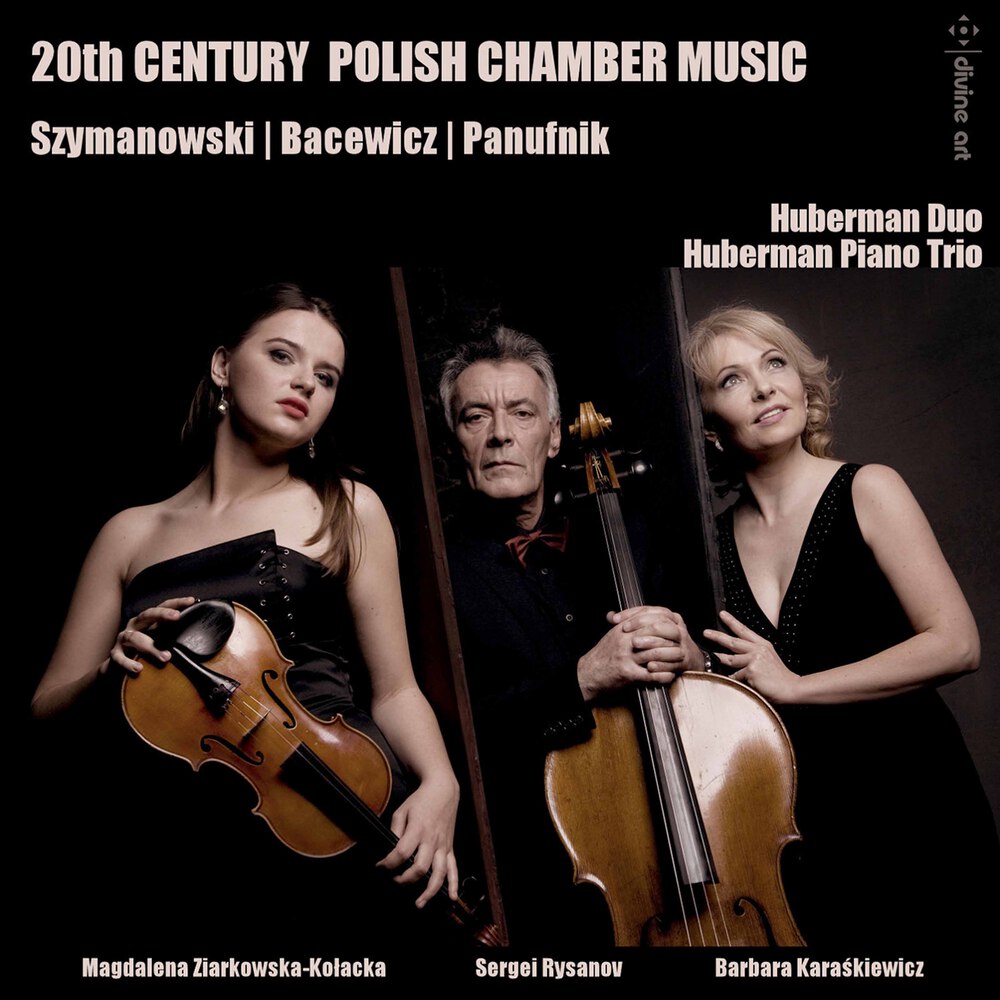 Available in 48 kHz / 24-bit AIFF, FLAC audio formats
Three works by Polish composers of great stature: the music of Karol Szymanowski is now very well known; he was responsible for the first real flowering of Polish music after Chopin, developing from the Romantic to expressionism to modernism. His Op. 9 violin sonata is his earliest chamber composition, written when he was 22 and found immediate success with audiences, if not all of the critics at the time. The Piano Trio of Andrzej Panufnik, who later became a British citizen, is also an early work and as his Op. 1 (he did not give opus numbers to any other composition) symbolises the beginning of his great career. Elements of modernism, Romanticism and jazz inspire this superb piece. It is heard here in the composer’s revised version from 1977. For Grażyna Bacewicz, chamber music played a very important role alongside concert works; she summed up the 200 year era from Chopin to Rachmaninoff as a great virtuoso composer and performer – on both violin and piano. The fourth piano sonata is generally considered her greatest – described by one critic as ‘contemporary Brahms’.
48 kHz / 24-bit PCM – Divine Art Studio Masters