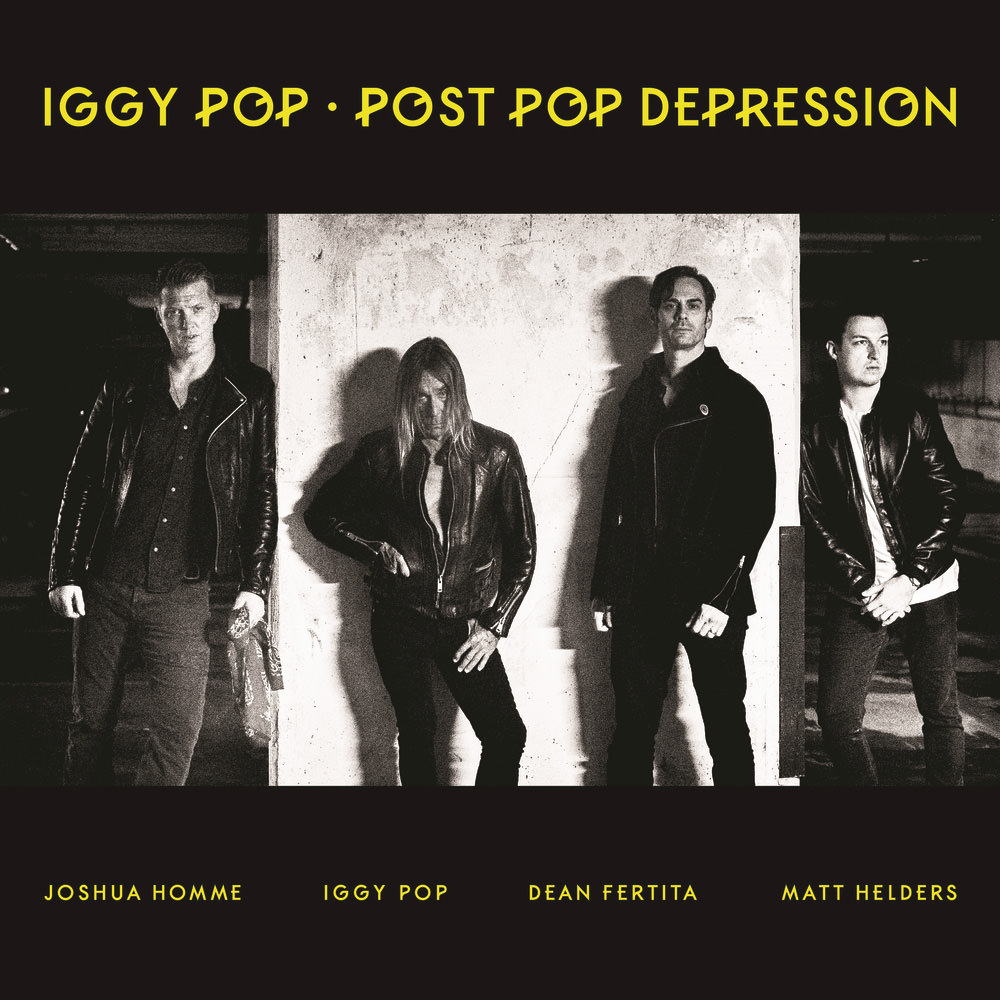 Available in 44.1 kHz / 24-bit AIFF, FLAC audio formats
Billboard 200 - #17, 2016 Grammy Award nomination - Best Alternative Music Album, 2016 "... an intelligent, sassy garage rock record that’s obsessed with sex and death ... solid gold proof of (Pop's) genius." - NME "... it’s one of the better recent releases from both (Pop and Homme) ... Pop’s wobbly voice sounds a lot like his dearly departed friend Bowie these days, focusing on campy theatrics ... he still fares best against the backdrop of a good old capital-R Riff ..." - SPIN "... Pop looks back on an up-and-down life with a mix of melancholy and anger, regret and humour, the near-casualty who somehow kept himself afloat ... for all of Pop's well-earned reputation as a bare-chested banshee in concert, he has an expressive, even sonorous baritone voice and a pithiness as a lyricist. His words brim with battle-scarred imagery and humour." - Chicago Tribune Hinted to be his final album, Iggy Pop's highly acclaimed Post Pop Depression was recorded over several weeks in 2015, co-written and produced by Josh Homme of Queens of the Stone Age, who also plays several instruments on the album and co-financed the recording with Pop. Homme's QOTSA bandmate Dean Fertita also appears, along with Arctic Monkeys drummer Matt Helders. "He is the last one of the one-of-a-kinds. This is a much deserved victory lap for a man who's not sure if he won. But he did. He may have tunnelled underground for lots of that, but he still got to the destination." - Josh Homme
44.1 kHz / 24-bit PCM – Loma Vista Recordings Studio Masters