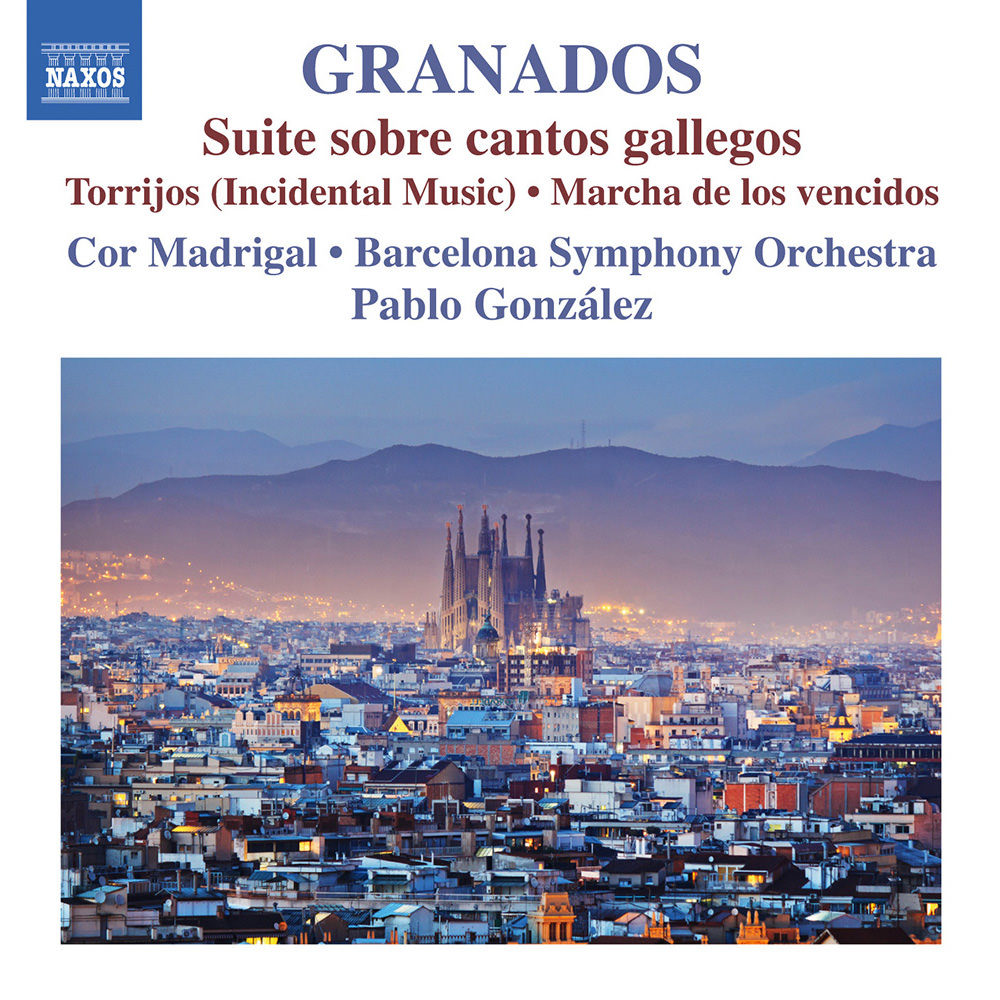 Available in 96 kHz / 24-bit AIFF, FLAC high resolution audio formats
Enrique Granados is known for some of the most popular Spanish piano masterpieces ever composed. Along with these famous compositions, however, he also wrote a sequence of orchestral works, some of which are presented on this revealing album, released in 2016 to mark the hundredth anniversary of the composer's death. The recording, the first in a series devoted to Granados, features the Barcelona Symphony Orchestra, joined by the Cor Madrigal on Torrijos (Incidental Music).
96 kHz / 24-bit PCM – Naxos Studio Masters