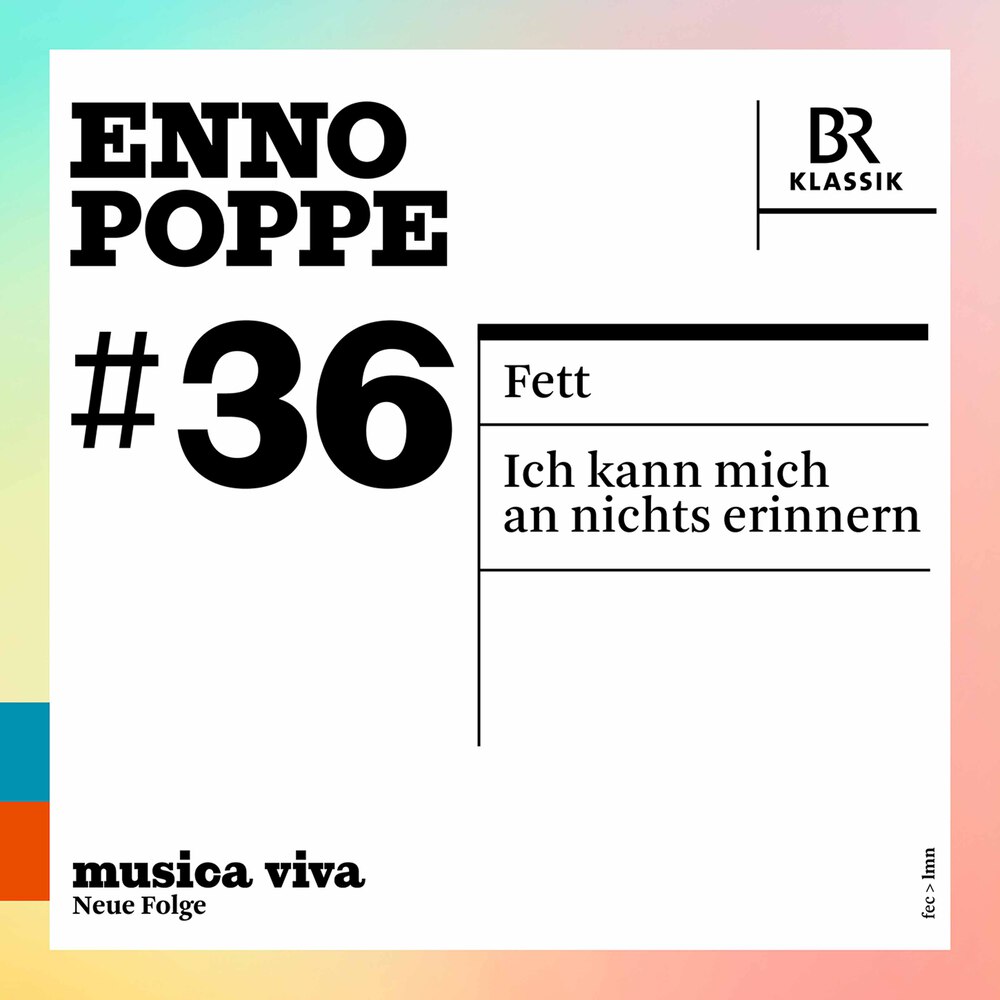 This album contains on the one hand the German premiere of Enno Poppe's work "Fett" for orchestra and on the other hand the world premiere of Poppe's composition "Ich kann mich an nichts erinnern" for choir, organ and orchestra. The Bavarian Radio Symphony Orchestra is conducted by Susanna Mälkki and Matthias Pintscher.

No. 36 portrays Enno Poppe, one of the most important younger representatives of New Music. The album contains the recording of the German premiere of Fett for Orchestra by the Bavarian Radio Symphony Orchestra on July 5, 2019, conducted by Susanna Mälkki. The composition was commissioned by the Helsinki Philharmonic Orchestra, the Los Angeles Philharmonic Association and its artistic director Gustavo Dudamel, and musica viva. As a second work, the world premiere of Poppe’s composition Ich kann sich an nichts erinnern for chorus, organ and orchestra from 2015 is part of the new album, also commissioned by musica viva.
48 kHz / 24-bit PCM – BR-Klassik Studio Masters