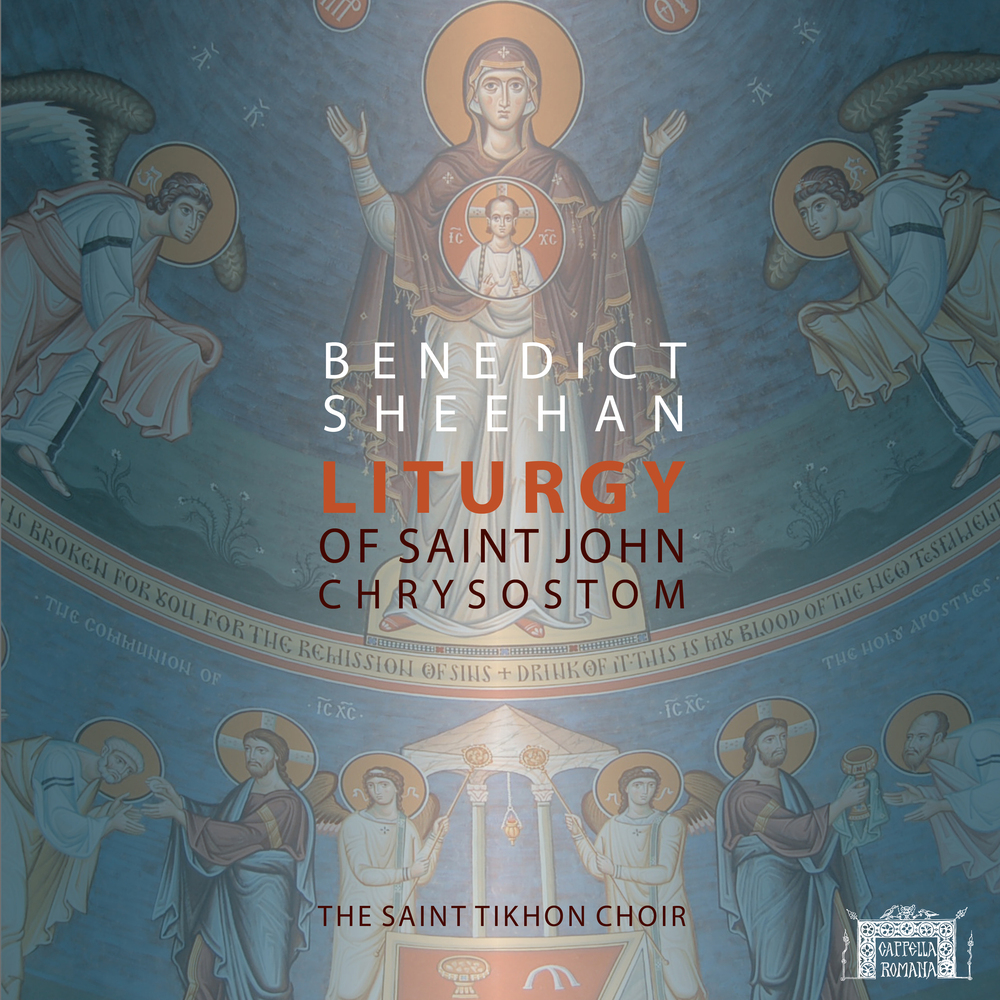 Cappella Records is pleased to release Benedict Sheehan’s "Liturgy of St. John Chrysostom", the world première recording of a major new choral work of elegance and beauty. The Liturgy is performed by the professional Saint Tikhon Choir, conducted by the composer.

Sheehan’s Liturgy is the first of four planned releases on Cappella Records produced by multi-GRAMMY® Award winner Blanton Alspaugh and the engineering team at Soundmirror. Soundmirror’s outstanding orchestral, solo, opera, and chamber recordings have received more than 100 GRAMMY® nominations and awards, with releases on every major classical label.

This is also the first release of The Saint Tikhon Choir on Cappella Records. The Choir recently recorded a collaboration on Naxos with three other choirs and the Orchestra of St. Luke’s conducted by Leonard Slatkin, which debuted at #1 on Billboard. They also previously recorded the sacred works of Benedict Sheehan for Saint Tikhon’s Monastery Press.
192 kHz / 24-bit PCM – Cappella Romana Studio Masters