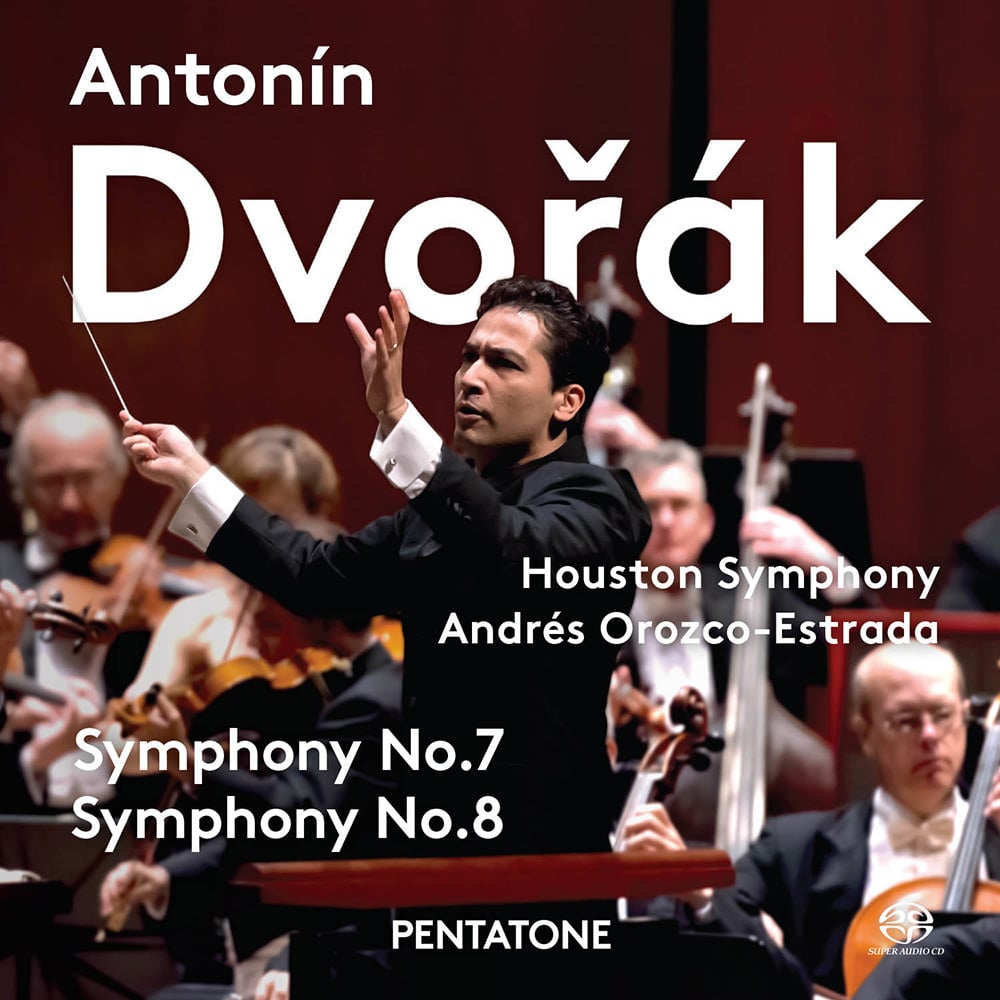 The Houston Symphony Orchestra and conductor Andrés Orozco-Estrada present concert recordings of two of Dvořák's mature symphonies, each of which, though different in character, represent the composer at his best. Symphony No. 7 exudes rebelliousness and was written as a reaction to the treatment Dvořák’s homeland had received at the hands of the ruling Austro-Hungarian Empire. In stark contrast, the sunshine of Symphony No. 8, influenced by Dvořák’s rural surroundings, clears the air after the storms of the Symphony No. 7. These performances were recorded live in April 2014 and March 2015.

“The Houston Symphony has a strong connection with Romantic composers, so from the very beginning we were excited to feature Dvořák’s symphonies ... what we’re trying to convey in these recordings, from an interpretation point of view, is the transparency of the soul of Dvořák’s music. His music is extremely romantic, but also nationalistic and at the same time it comes from the classical school."
- Andrés Orozco-Estrada
96 kHz / 24-bit PCM and 2.8224 MHz DSD – PentaTone Studio Masters