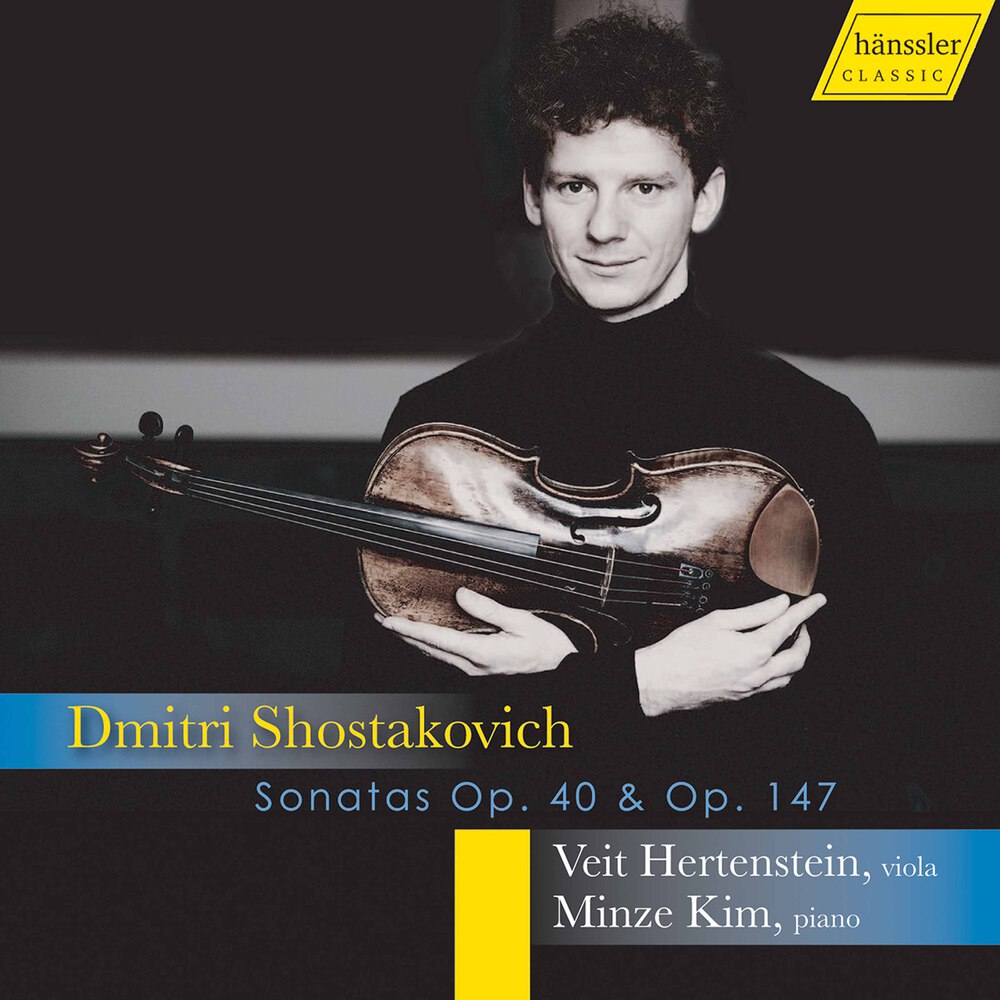 Available in 48 kHz / 24-bit AIFF, FLAC audio formats
Abstract instrumental works (that is to say, those which had no “programme” in "Socialist Realism") were considered undesirable or – as in the case of chamber music – tainted by Western decadence. Shostakovich had won no friends within the cultural establishment with compositions of this nature. In two Pravda articles of 1936, Shostakovich was accused of “left-deviant” and “petit-bourgeois decadent” attitudes. By that time, he had already composed his Sonata for Violoncello and Piano in D minor op. 40; written in 1934, this work was premiered in Moscow the same year. It is essentially the commanding chamber work of Shostakovich’s early years. In this recording, the sonata is heard in the version for viola and piano for which the viola part was arranged by Veit Hertenstein. Already seriously ill, he wrote his last work, the Sonata for Viola and Piano op. 147, one month before his death. It is regarded by many as his own encounter with Death. Shostakovich knew that he was about to die. Nor did he live to see his final work premiered.
48 kHz / 24-bit PCM – haenssler CLASSIC Studio Masters