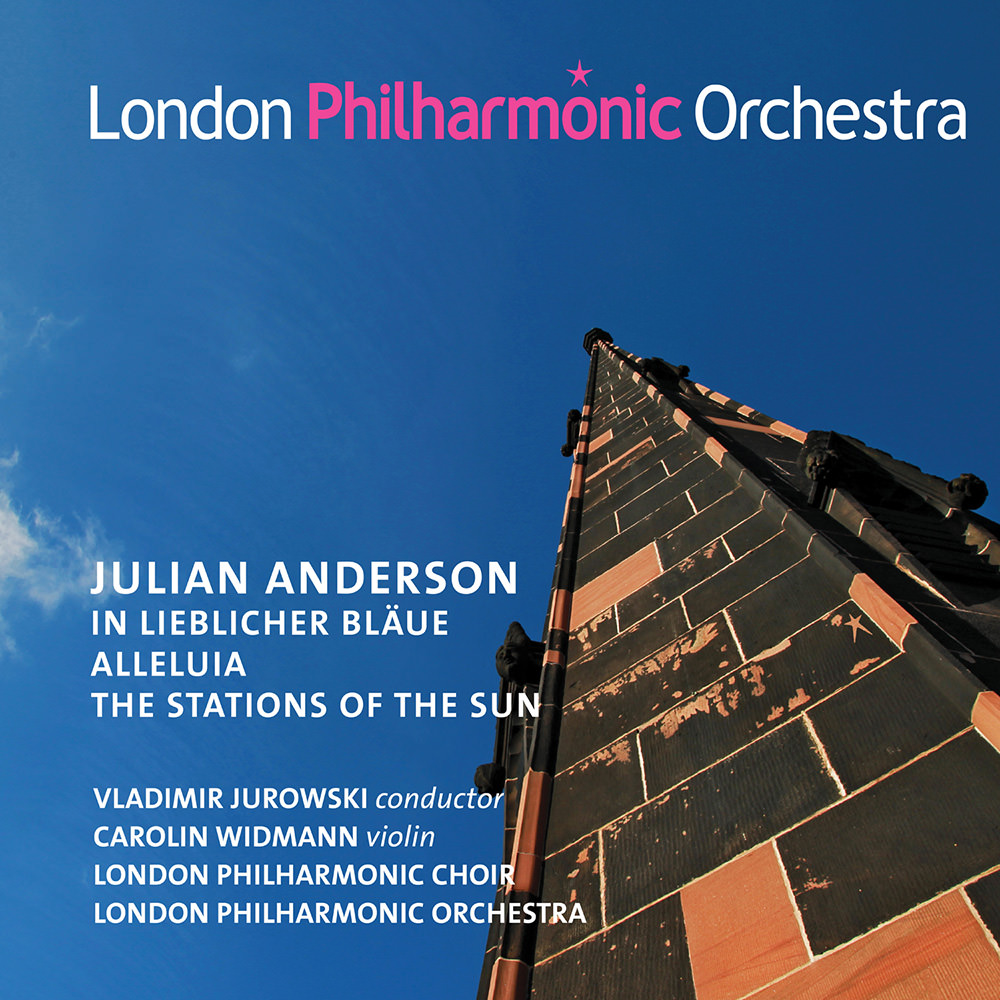 Julian Anderson: In lieblicher Bläue - Alleluia - The Stations of the Sun

"Four Stars ... the highlight is In lieblicher Bläue ... a violin concerto in all but name ... Anderson uses a brilliant orchestral palette to create sonorities that dazzle, suggesting intense colour and almost blinding sunlight. Above and through all this, Carolin Widmann’s violin soars serenely."
- The Guardian

Recorded live between 2013 and 2015, this collection is a celebration of Julian Anderson's tenure as composer in residence of the London Philharmonic Orchestra from 2010 to 2014. Anderson, one of the leading composers of his generation, creates a huge orchestral sound world commemorating folk customs across Britain in The Stations of the Sun; In lieblicher Bläue, ("In lovely blueness") was inspired by an elusive poem of the same name by Friedrich Hölderlin and features violinist Carolin Widmann. The orchestra is joined by the London Philharmonic Choir for Alleluia, written to mark the 2007 reopening of the Royal Festival Hall in London, where all these works were recorded.
96 kHz / 24-bit PCM – LPO Studio Masters