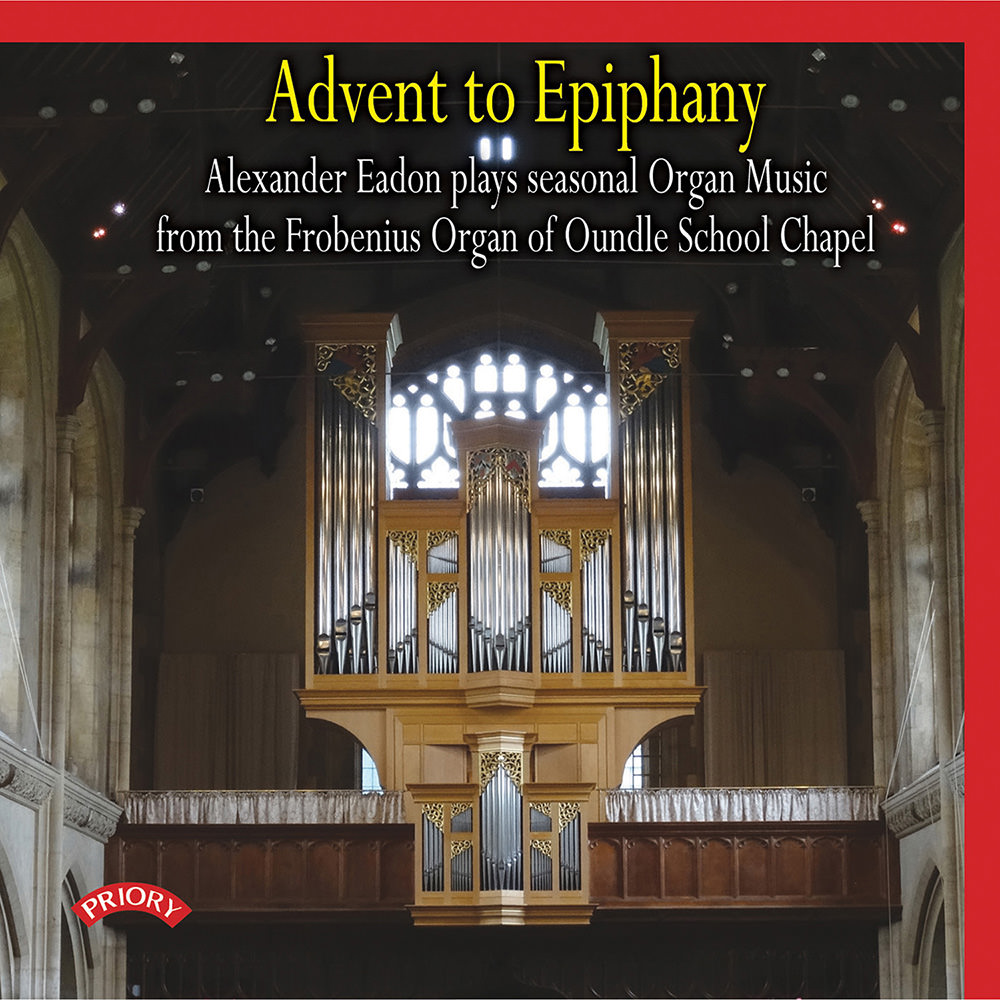 "... an attractive programme played with verve on a rightly celebrated instrument."
- Organists' Review

"Altogether an enjoyable CD which succeeds in being both a seasonal and inclusive exploration of one of the more interesting neoclassical organs in the country."
- MusicWeb international

This recording project celebrates the 30th anniversary of the famous Frobenius organ in Oundle, Northamptonshire, England; despite being known throughout the organ world, it has been notably rarely recorded with the exception of an initial flurry of activity in the mid 1980s. The music chosen for this seasonal Christmas recital shows off the various facets of the instrument and demonstrates its versatility.
96 kHz / 24-bit PCM – Priory Records Studio Masters