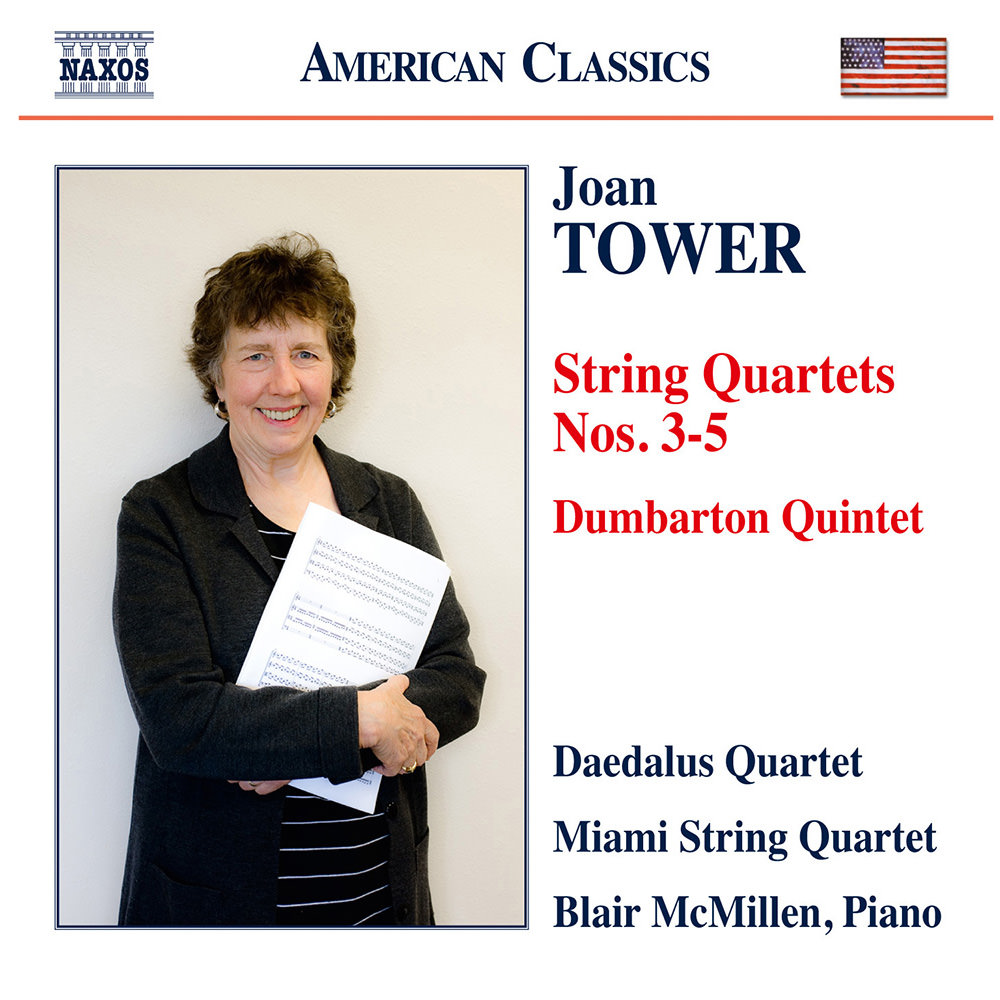 Available in 96 kHz / 24-bit AIFF, FLAC high resolution audio formats
Grammy Award nomination - Producer of the Year, Classical, 2016 "Four Stars ... everything is performed with high panache and recorded with the warmth and clarity that every fine chamber group deserves." - BBC Music Magazine "... performed by two outstanding American quartets. Although there are similarities to the style throughout the 64 minutes of music, their shape and content are tied closely to the title each comes with." - Gramophone Widely regarded as one of America’s preeminent living composers, pianist Joan Tower is particularly devoted to chamber music. Organic structures underpin her string quartets, three of which are presented here in world premiere recordings by the Daedalus Quartet and the Miami String Quartet. The programme showcases the heat from within and radiance of texture in Incandescent, the virtuosic interplay in Angels and fluid connections in White Water. The album's final piece, Dumbarton Quintet, features pianist Blair McMillen joining the Daedalus ensemble and makes Tower only the third composer, after Stravinsky and Copland, to be commissioned by the Dumbarton Oaks Foundation.
96 kHz / 24-bit PCM – Naxos Studio Masters