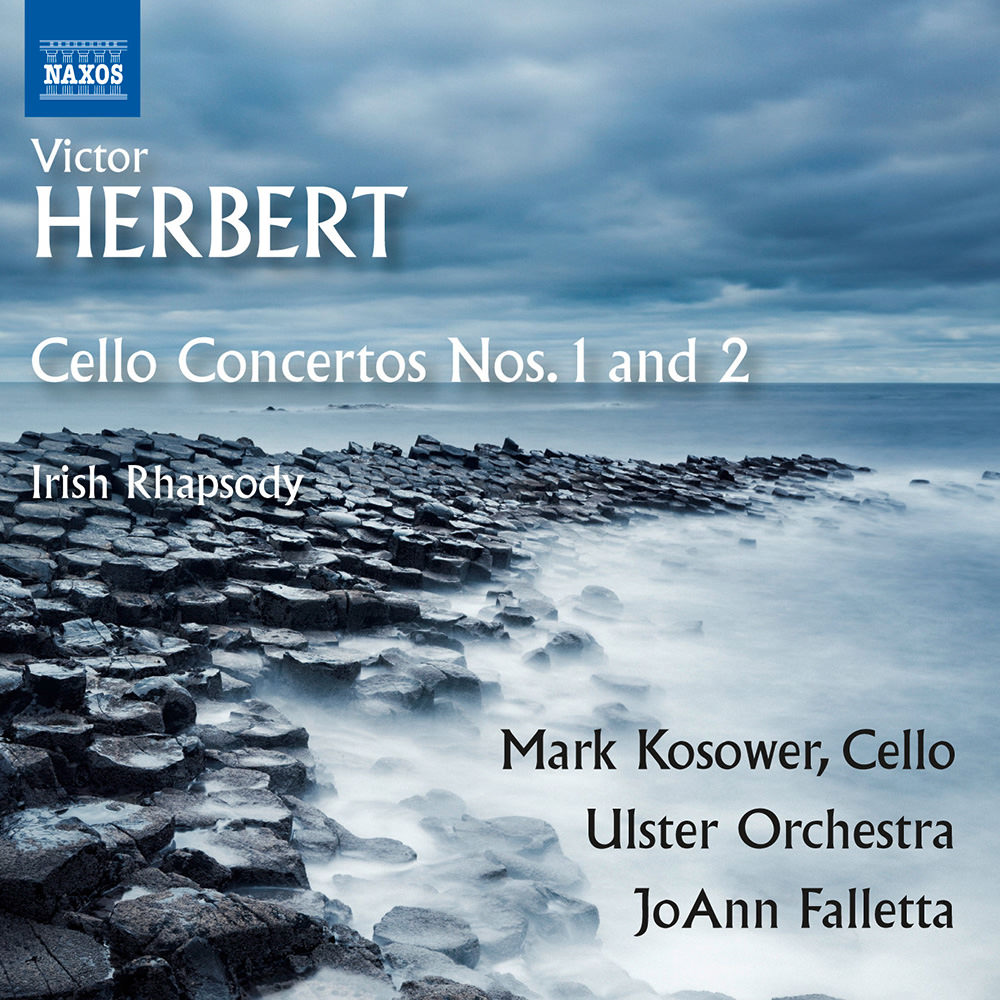 Available in 96 kHz / 24-bit AIFF, FLAC high resolution audio formats
JoAnn Falletta, the Ulster Orchestra and cello soloist Mark Kosower shine the spotlight on Irish-born Victor Herbert, one of the most celebrated names in American music in the late 19th and early 20th centuries. A cellist, conductor and composer of light operas, his two cello concertos presented here are full of graceful melodies, the Concerto No. 1 having a songlike slow movement and a spirited Polonaise finale. The Concerto No. 2, scored for a large orchestra, is more tightly constructed and inspired Herbert’s boss, Antonin Dvořák, to write his own great cello concerto.
96 kHz / 24-bit PCM – Naxos Studio Masters