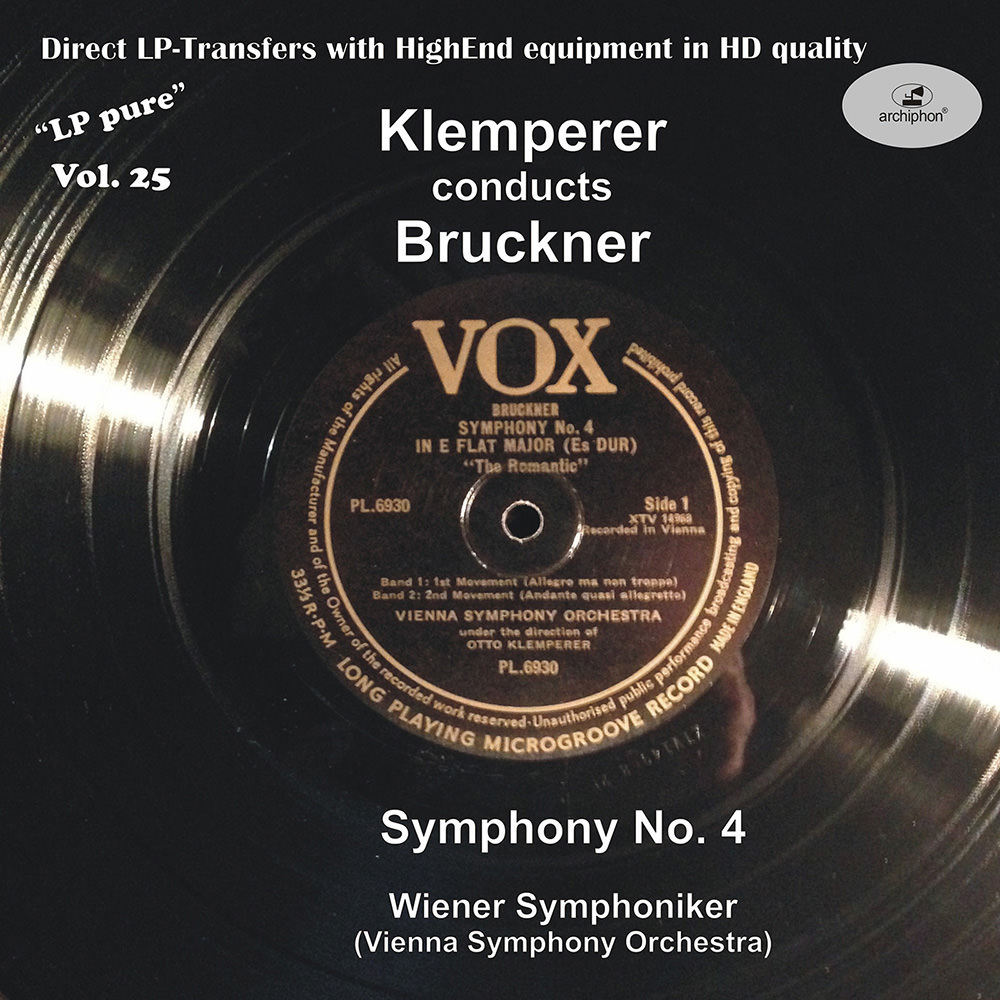 Available in 96 kHz / 24-bit AIFF, FLAC high resolution audio formats
Recorded in March 1951 and originally released on Vox, this historic presentation is given new life on this digital transfer from Archiphon, a company driven by its interest in and enthusiasm for live and radio recordings by Otto Klemperer, one of the greatest conductors of the 20th century. Klemperer leads the Wiener Symphoniker on a classic performance of the 1881 version of Bruckner's very popular Symphony No. 4.
96 kHz / 24-bit PCM – Archiphon Studio Masters