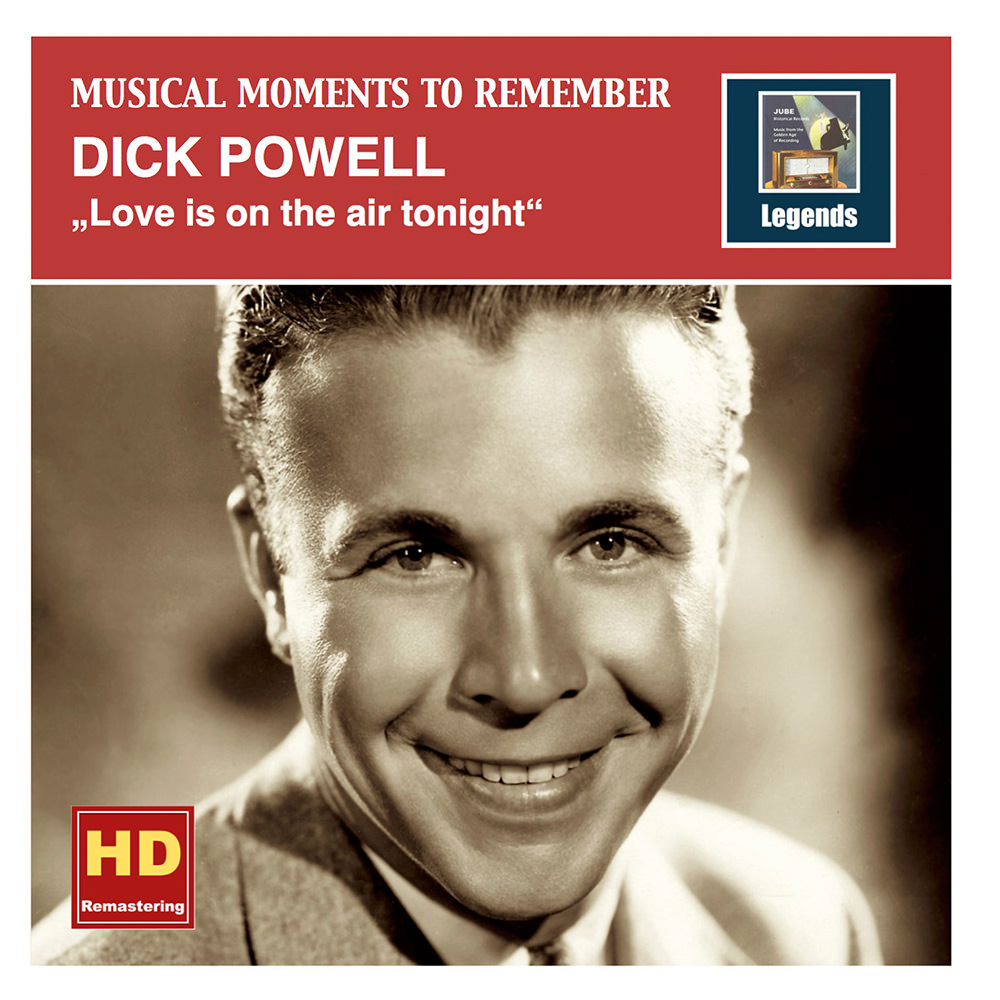 Musical Moments to Remember: Dick Powell: Love Is on the Air Tonight (Remastered 2015)

Regrettably, this album is not available
for sale at this time.
This remastered collection from American singer and actor Dick Powell contains songs he performed in films in the mid to late 1930s, including the title track heard in the 1937 film Varsity Show.
This album is a high-resolution digital transfer of material originating from an analogue recording. It may be limited in bandwidth and dynamic range by the technology available at the time of its original creation, and is offered as a documentation of a historical release.