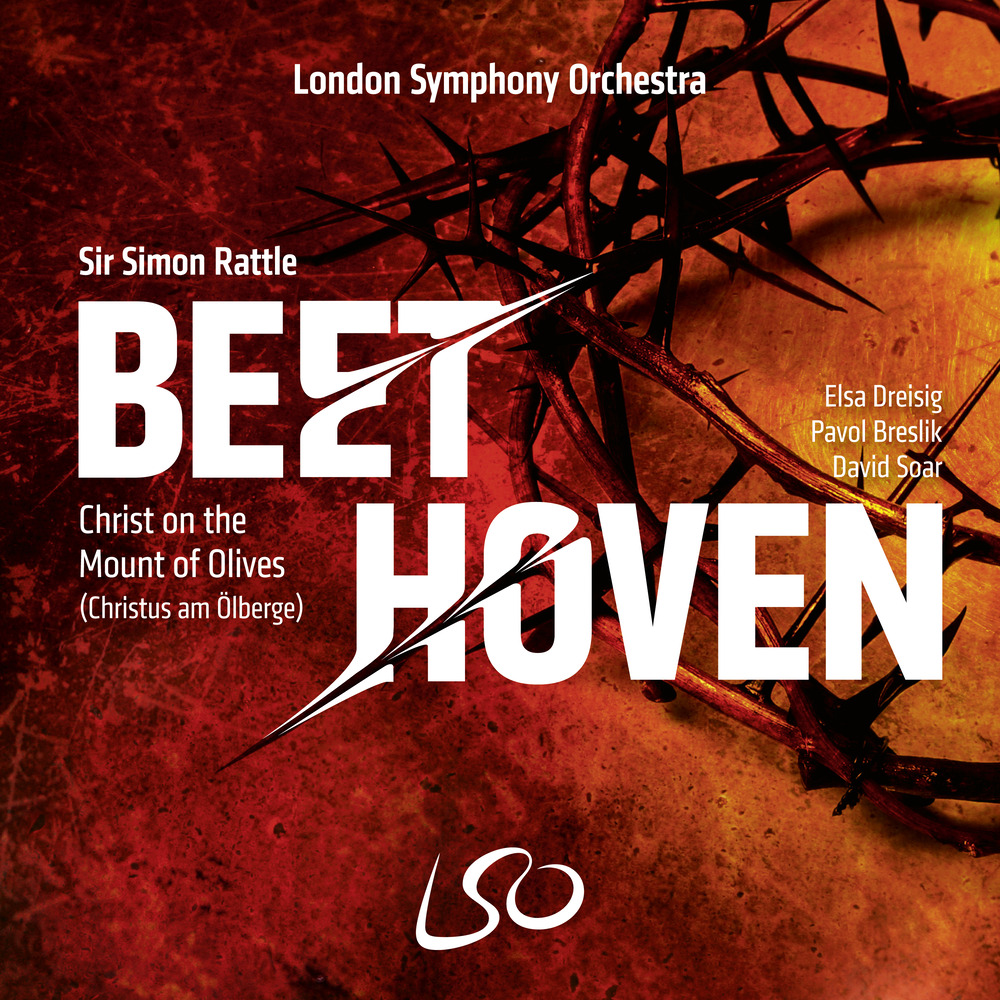 Beethoven: Christ on the Mount of Olives (Christus Am Ölberge)

Composed in 1803, while Beethoven was also writing the 'Eroica' Symphony, Christ on the Mount of Olives (Christus am Ölberge) is the composer's only oratorio, and combines the emotive force of his later Missa Solemnis with the theatre of a Bach Passion. With orchestra, chorus and soloists, it tells the story of Jesus' prayer and arrest in the Garden of Gethsemane and reflects the emotional pressure Beethoven was under at the time. This recording by Sir Simon Rattle, with acclaimed singers Elsa Dreisig, Pavol Breslik and David Soar was made during the London Symphony Orchestra's celebration of Beethoven's 250th anniversary.

'When I came to the Mount of Olives, I immediately was simply puzzled. Why isn't this piece played? Of course, it's a mixed piece and there are weird flaws and edges but so there are in the Ninth Symphony, they're part of the personality. It's a fascinating moment in his life when he was starting really to deal with his hearing loss. He'd written the Heiligenstadt Testament, where he really confessed to his suicidal thoughts on losing the single-most important ability a musician could have. There is a kind of unearthly, underground sensation of some of it, there's also a real feeling of naive belief in the possibility of things being better. I think it is completely heaven."
- Sir Simon Rattle
96 kHz / 24-bit PCM – Lso Live Studio Masters