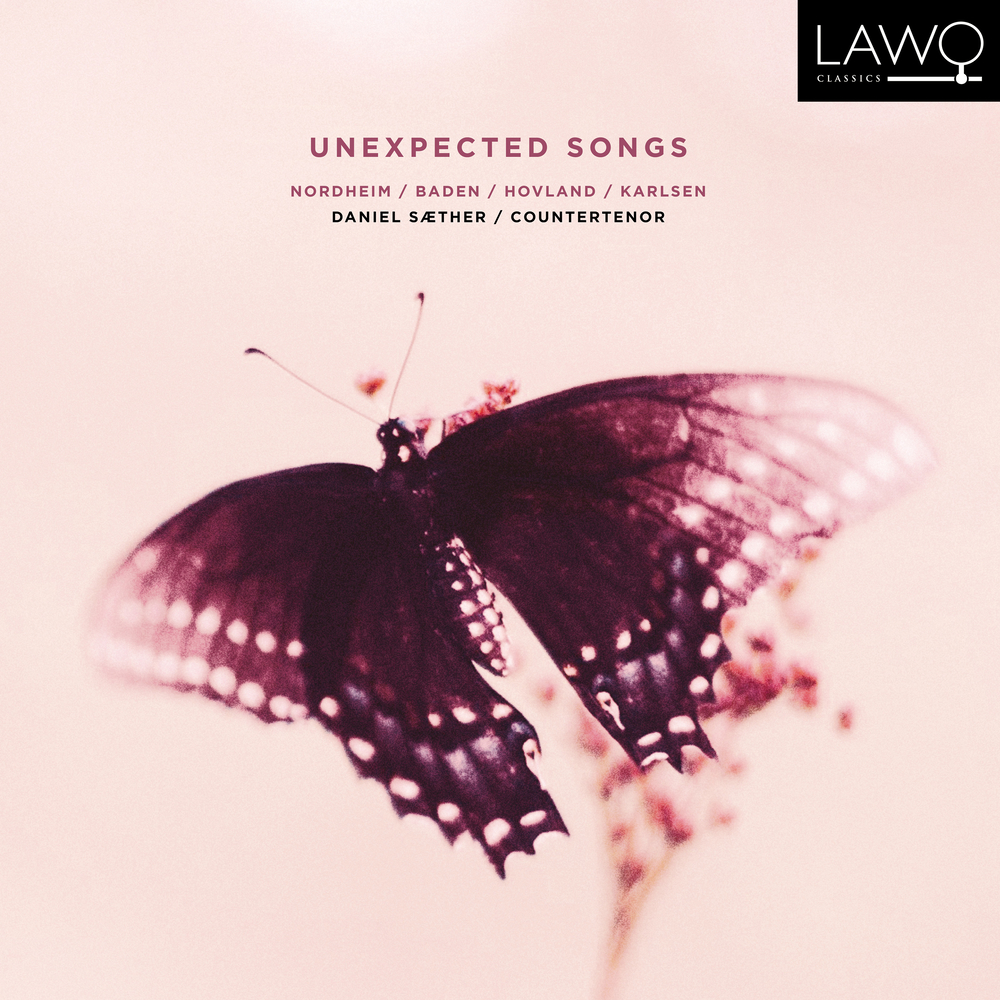 Available in 192 kHz / 24-bit, 96 kHz / 24-bit AIFF, FLAC high resolution audio formats
Many associate the countertenor voice with Baroque music and powdered wigs, but it is something altogether different that singer Daniel Sæther offers us on his debut album. Unexpected Songs is something unusual — contemporary music for countertenor, featuring works by Arne Nordheim, Conrad Baden, Egil Hovland and Kjell Mørk Karlsen. The musical expression covers a wide spectrum, which is reflected in the instrumentation on the album. The participating musicians are Caroline Eidsten Dahl (recorder), Lynetta Taylor Hansen (flute), Marianne Svenning (oboe), Ida Bryhn (viola), Anne Stine Dahl (cello), Henrikke G. Rynning (gamba), Vegard Lund (theorbo), Birgitte Volan Håvik (harp), Lars Henrik Johansen (harpsichord) and Anders Eidsten Dahl (organ), and we get to hear them in a number of different constellations together with Sæther. Many of the texts are religious in nature, taken from, for example, the Book of Psalms and the Catholic Mass, but we also find texts of the Italian poet Torquato Tasso and Norway’s own Henrik Wergeland. Daniel Sæther studied at Royal Birmingham Conservatoire (2005–2010) and the Royal Academy in Den Haag (2010–2011). He has performed as a countertenor in Norway and abroad since 2011, including concerts in Sweden, Italy, Spain, England, Vietnam and Brazil, with a wide-ranging repertoire from early music to contemporary. In Norway he often appears as soloist and ensemble singer, both in concert settings and opera. Unexpected Songs is the first in a series of several releases in Daniel Sæther’s effort to develop a repertoire for countertenor in which period instruments are used in contemporary music. The subsequent repertoire will, in large measure, consist of commissioned works by Norwegian composers.
192 kHz / 24-bit, 96 kHz / 24-bit PCM – Lawo Classics Studio Masters