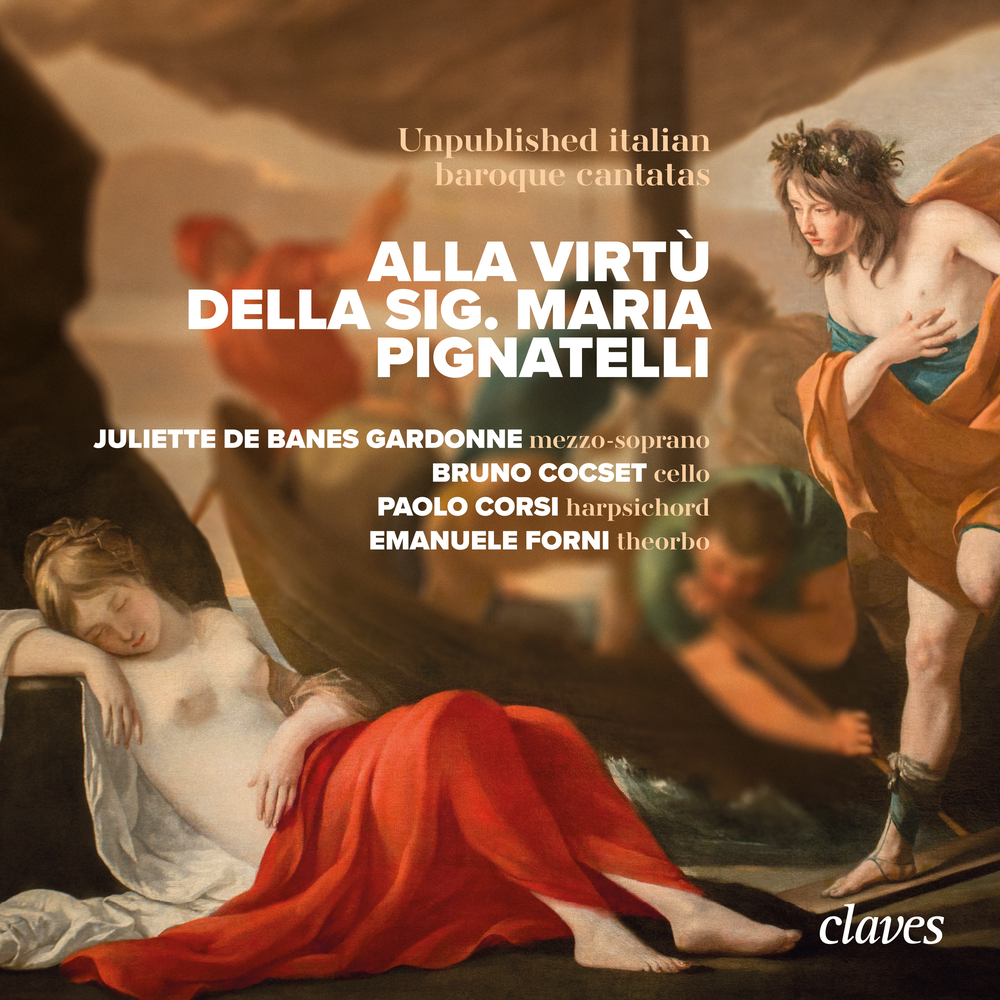 Available in 88.2 kHz / 24-bit AIFF, FLAC high resolution audio formats
The Antoniana Library in Padua holds a manuscript called "Cantate alla virtù della Signora Maria Pignatelli". A true vocal anthology of the early 18th century, this period canzoniere contains forty-eight secular cantatas, almost all unpublished, by seventeen composers from the great artistic centres that Italy had around 1700: Rome and the Papal States (Bologna, Ferrara, Ravenna), the Duchy of Milan, Naples, the Kingdom of Sicily, and Venice. "For this [album], we tried to preserve the identity of the manuscript, especially the Neapolitan musical predominance. We therefore featured three cantatas by G. Porsile, each of which has a musical or literary characteristic trait: the evocation of a tarantella in Ch’io t’adori oh mia Clori; an instrumental introduction “à la française” in Necessità di Fato, and a reference to the myth of Ariadne in Arianna infelice. In response to Ariadne’s suffering and to her vow of faithfulness which concludes Porsile’s cantata, we extracted the aria of a cantata by F. Mancini called Non voglio più catene, voglio la libertà (I want no more chains, I want freedom). Also by Mancini, Va sospirando il core is one of the cantatas that can be found in many collections. This multiplicity testifies to the fame of certain arias at the time. A. Scarlatti naturally appears in this Neapolitan part of the [album] with the cantata Lontananza non risana recorded on a tenor viol. The final aria from the cantata Se ti lascio amato bene for cello and voice features in the manuscript under the composer’s name “Di Fiorenza”. However, this is a mistaken attribution in favour of Alessandro Scarlatti, which we were able to bring to light through our research. All these Neapolitan cantatas were recorded on a harpsichord by Augusto Bonza (1984) after Guarracino (17th-century Neapolitan harpsichord maker)." - Juliette de Banes Gardonne
88.2 kHz / 24-bit PCM – Claves Records Studio Masters