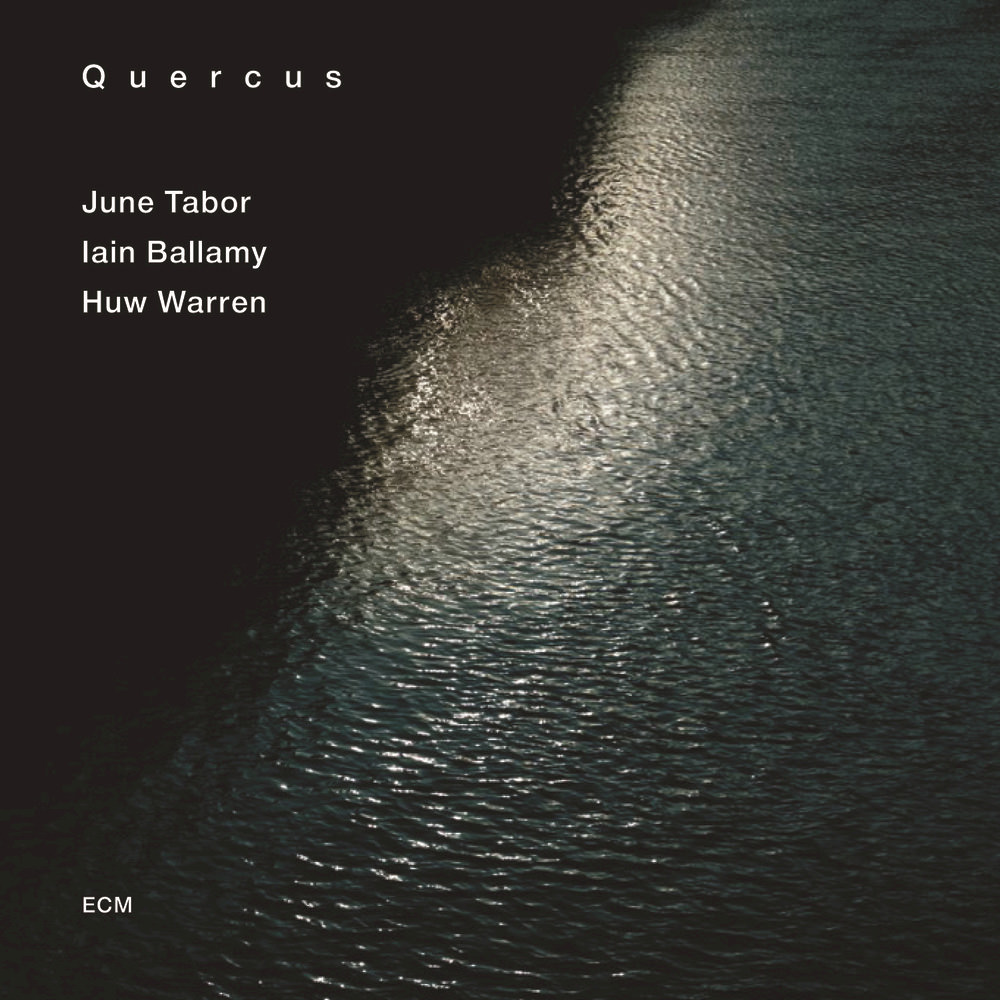 "Four Stars ... June Tabor has been a marvel of English music since the 1960s and her longterm pianist Huw Warren and saxophonist Iain Ballamy only enhance her clarity, stillness and deep but fragile sound ... broodingly beautiful music ... the sound is so clean it could be a studio set ... nobody plays a note too many or expresses a false emotion. It's a unique tribute to the power of song."
- The Guardian

"Five Stars ... a more refined, elegant and dark live recording that pairs renowned British singer June Tabor with saxophonist Iain Ballamy, already known to ECM audiences ... long overdue ... with Tabor acting as the focal point around which her partners' improvisational forays ultimately rally ... that it's taken this long for Quercus to see the light of day only makes anticipation and its ultimate reward all the more better ... marries centuries of British traditionalism and thoroughly modern improvisation into something altogether new and astonishingly successful.
- All About Jazz

This live trio recording from March 2006 was only released in 2013 but the critical consensus says it was worth the wait. Venerable English singer June Tabor, voted BBC Folk Awards Singer of the Year, is joined by Welsh jazz pianist and composer Huw Warren and by English saxophonist Iain Ballamy, well known as co-leader of the band Food. This is the first Quercus recording but the trio had existed for seven years previously, patiently developing its unique idiomatic blend. Quercus means oak in Latin and the roots of this particular tree dig deep into British folk music, while leaves and branches reach upward to embrace jazz-inspired lyrical improvising.
44.1 kHz / 24-bit PCM – ECM Studio Masters