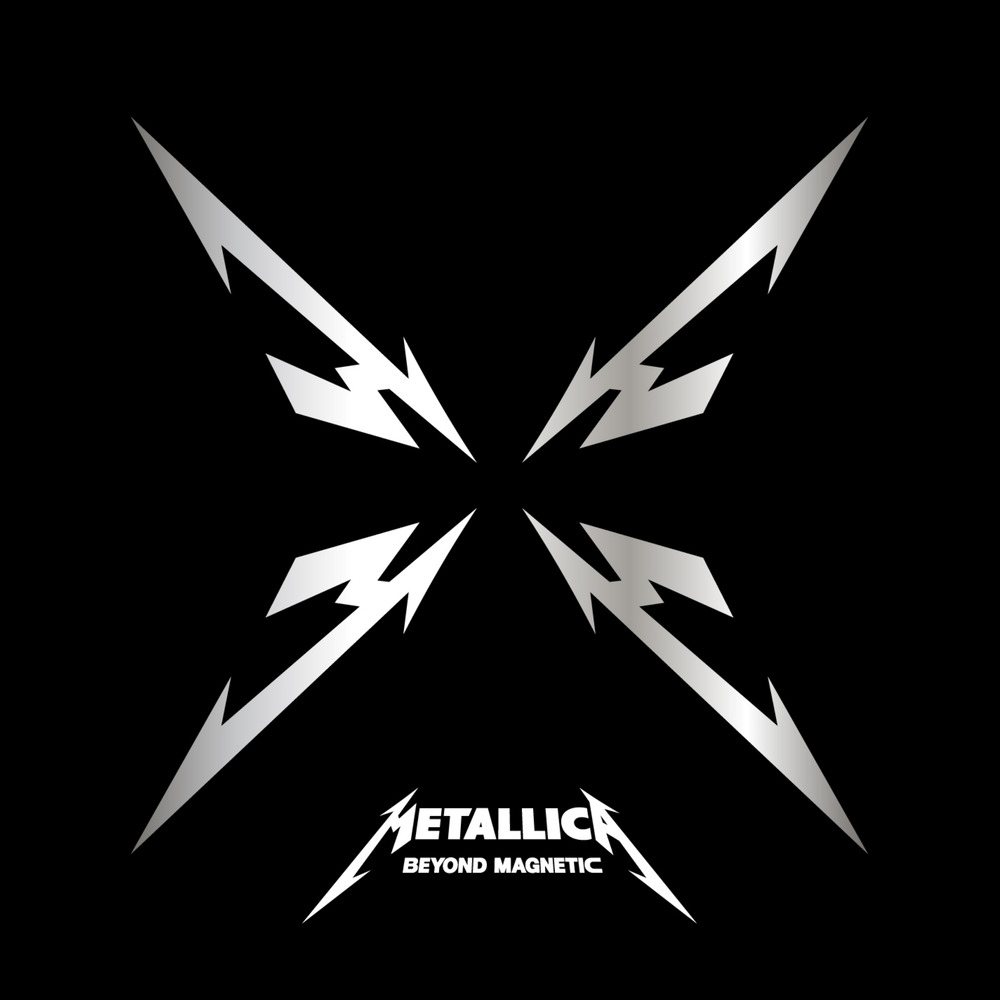 Beyond Magnetic is an 2011 EP by American heavy metal band Metallica. It was released to coincide with the band's 30th anniversary shows, in which they released a new song for all four days of the shows. All four songs featured on Beyond Magnetic were recorded for the group's Death Magnetic sessions but had not been released.

"During the Death Magnetic album sessions in 2007 and 2008, we originally recorded 14 songs. When it came time to pick the songs for the final album, we decided on 10 songs that you've all come to know over the last three years... Some of you may have heard bits and pieces of those other songs on 'Mission Metallica' (remember 'Mission Metallica'?!) or heard rumors about them during the recording process, and wondered, 'What ever happened to those other four songs???.' We kept them in the vault and decided to pull them just for this special celebration, so here are the four leftover tracks from the Death Magnetic sessions. They are ROUGH mixes, unfinished to their original degree of mixing from March '08. These four songs were released as a gift to our closest fans, the members of our Fan Club, to enjoy. Now they're being made available to you."
- Metallica
44.1 kHz / 24-bit PCM – Blackened Records Studio Masters