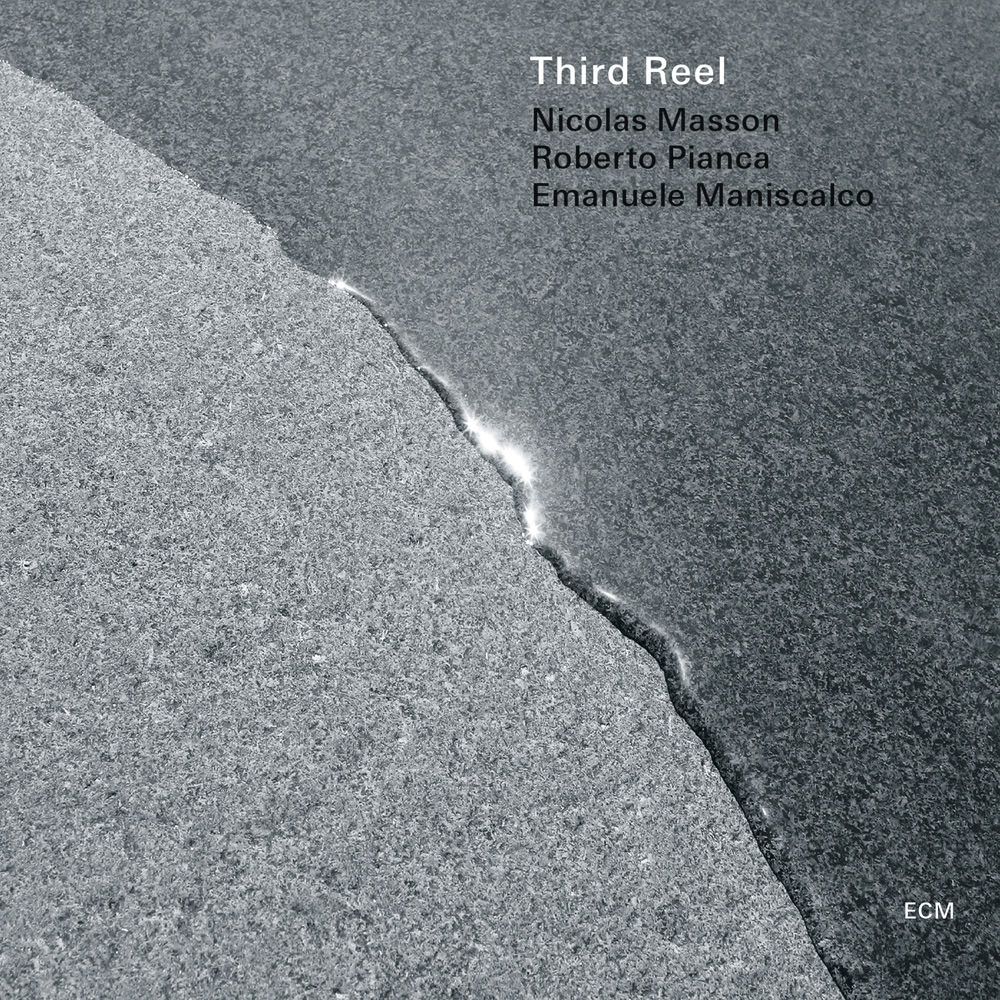 Available in 44.1 kHz / 24-bit AIFF, FLAC audio formats
"Four Stars ... it's also abundantly clear that this collaboration between three Swiss and Italian musicians has something of its own to say ... with adherence to the jazz tradition more indirect and distanced, Masson, Pianca and Maniscalco represent the next wave, one that references more contemporary sources as merely a starting point for something else entirely." - All About Jazz The debut album from a collaborative group brimming with creative potential, 2013's Third Reel packs much musical information into its vividly expressive tracks. Trio members reed player Nicolas Masson, guitarist Roberto Pianca and drummer Emanuele Maniscalco are committed improvisers and gifted writers, each with a distinct compositional signature. The contrasts and a shared sensitivity for space shape the group’s sonic identity. Each member of this Swiss-Italian bass-less trio is a bandleader is his own right but the cooperative Third Reel is a priority for all of them.
44.1 kHz / 24-bit PCM – ECM Studio Masters