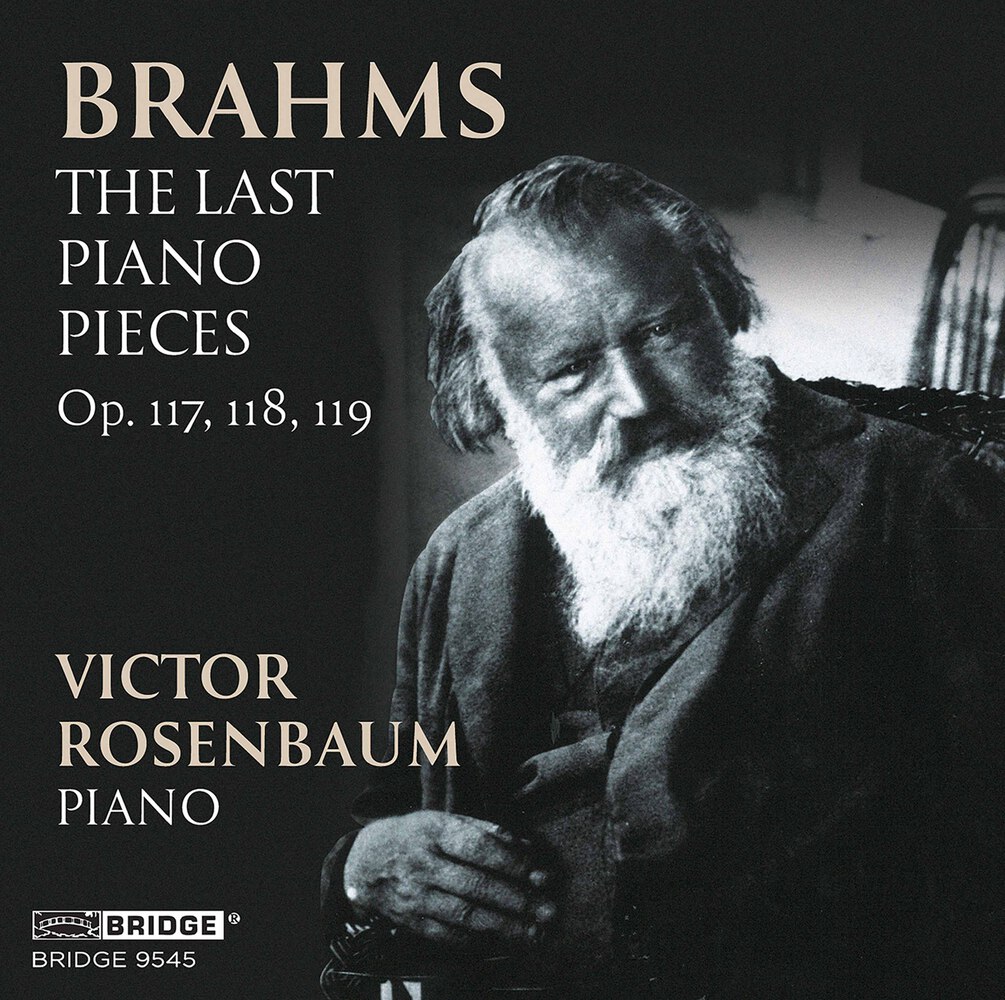 For pianist Victor Rosenbaum's fourth album on Bridge Records; the artist turns to the last three piano compositions of Johannes Brahms. Rosenbaum's Schubert release was described as a “powerful and poignant record of human experience”, and much the same can be said of these profound readings of Brahms's late masterpieces.

Pianist Victor Rosenbaum, former chair of the New England Conservatory piano department for more than ten years, has performed widely as soloist and chamber music performer in the United States, Europe, Asia, Israel, and Russia, in such prestigious halls as Alice Tully Hall in New York and the Hermitage in St. Petersburg, Russia. He has collaborated with such artists as Leonard Rose, Arnold Steinhardt, Robert Mann, and the Cleveland and Brentano String Quartets, among others. Festival appearances have included Tanglewood, Rockport, Yellow Barn, Kneisel Hall, Kfar Blum (Israel) and Musicorda, where he is on the faculty. He has been soloist with the Indianapolis and Atlanta symphonies and the Boston Pops.
44.1 kHz / 24-bit PCM – Bridge Records Studio Masters