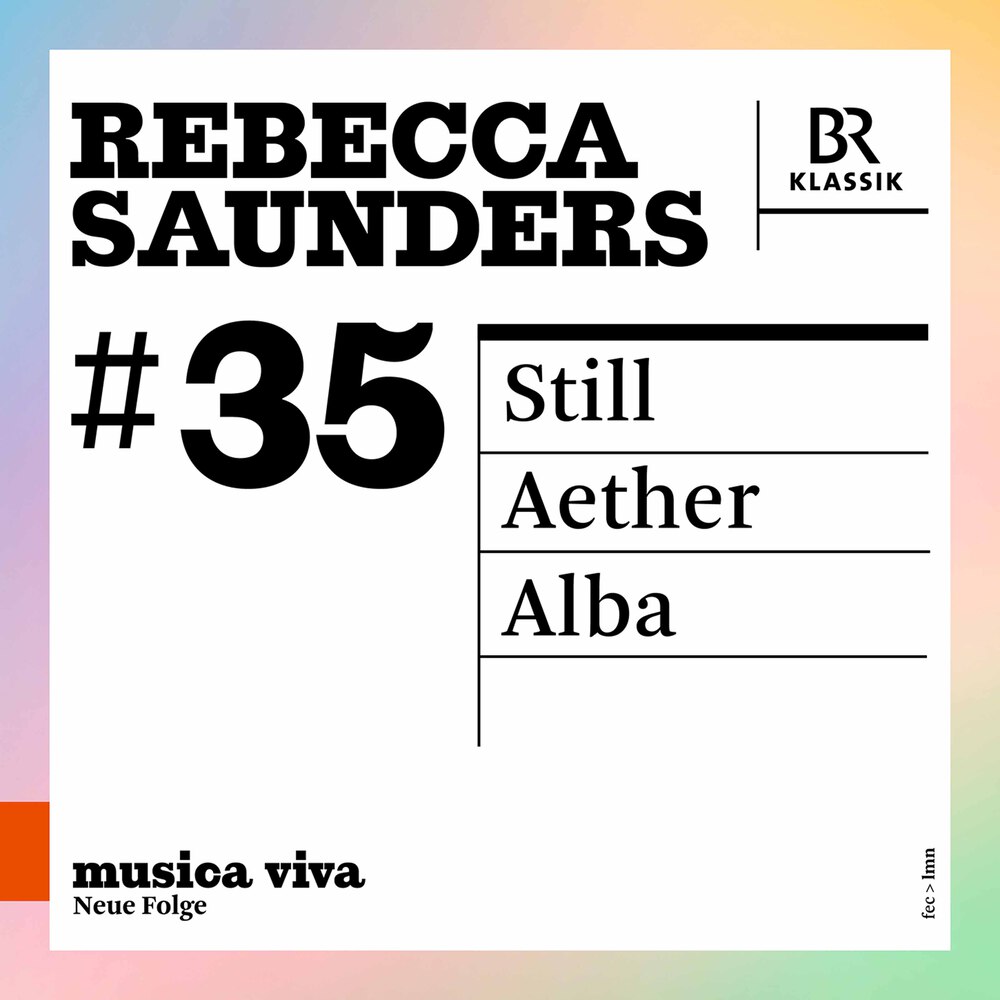 The portrait of the British composer Rebecca Saunders, who lives in Germany, begins with her 2011 two-part violin concerto Still written in 2011. It was premiered at the Beethoven Festival in Bonn (with Carolin Widmann as soloist). The chamber music composition Aether for two bass clarinets was composed in 2015/16; and Albacame from a composition commission in 2014 by Bayerischer Rundfunk’s Musica viva and BBC Radio 3 for the BBC Scottish Symphony Orchestra.

The album edition of the Musica viva series, founded in June 2000 to document the concert series that has existed since 1945, contains selected live recordings of Musica viva concerts. An integral part of the edition is made up of concerts by the ensembles of the Bayerischer Rundfunk, guest recordings by international orchestras and ensembles, and also historical recordings. With two or three new releases per year, the main focus of the edition - which sees itself primarily as a series for composers - is mainly on portrait albums.
48 kHz / 24-bit PCM – BR-Klassik Studio Masters