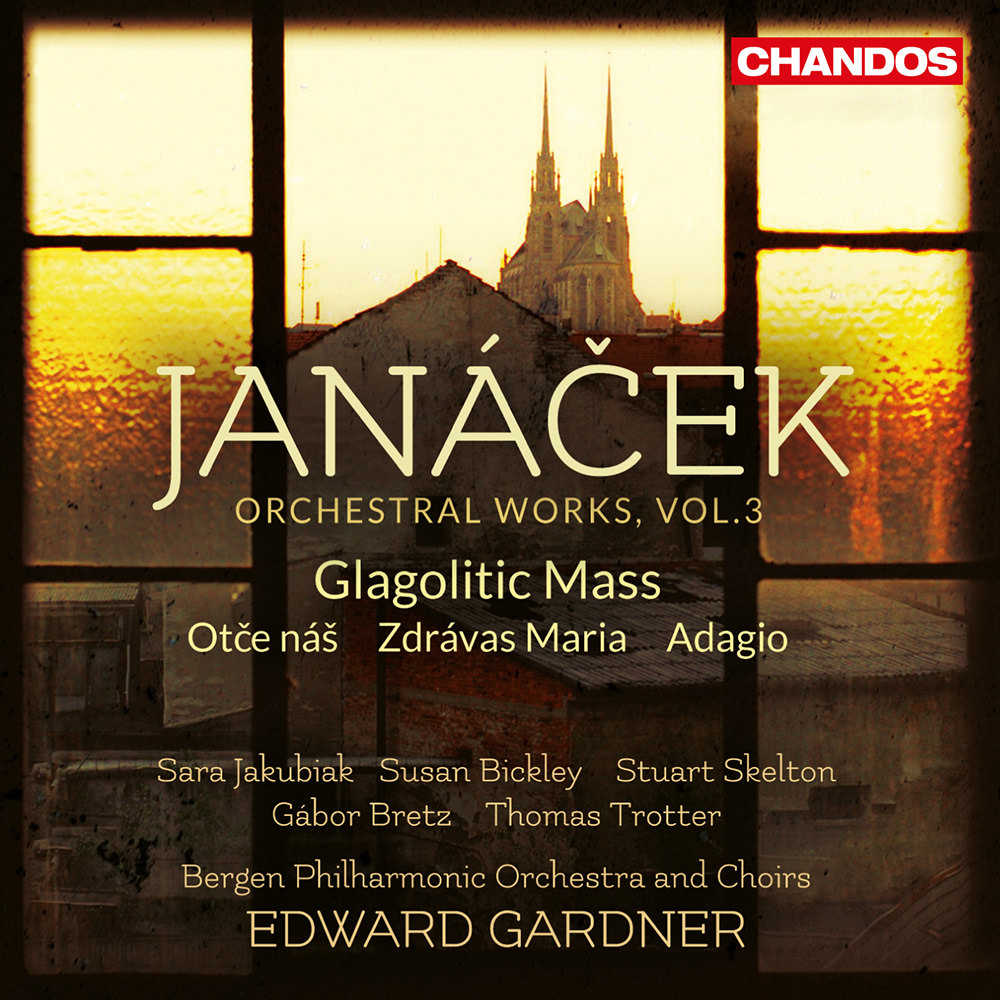 Available in 96 kHz / 24-bit AIFF, FLAC high resolution audio formats
Grammy Award nomination - Best Choral Performance, 2016 "... anyone wanting a library version of the work can invest (in the Gardner version) with confidence. It’s a very fine, exciting performance and Chandos have captured it in thrilling sound." - MusicWeb International "Four Stars ... (Gardner has) gathered exceptional soloists, together with double choir ... joined by virtuoso organist Thomas Trotter for the composer’s 1926 late masterpiece: the exuberant, rumbustious Glagolitic Mass. Gardner steers the clash of brass, strings, chorus and soloists with confidence, the instrumental outer movements ablaze with excitement, the whole well balanced but still dangerous and invigorating." - The Guardian This third volume in a highly acclaimed series of orchestral works by Janáček presents one of the composer’s most monumental works, supported by renowned organist Thomas Trotter, along with three contrasting shorter pieces. The Glagolitic Mass is considered Janáček's finest non-operatic work; set within a frame of purely orchestral movements, this impressive piece makes full use of the orchestra and chorus, with virtuosic solo parts for tenor, soprano and of course organ. Throughout, the Bergen Philharmonic Orchestra and conductor Edward Gardner authoritatively demonstrate their deep empathy with the repertoire. The album is completed by three highly diverse, yet characteristic works: the mournful Adagio for orchestra, the Slavonic Otce náš and the deeply personal Zdrávas Maria.
96 kHz / 24-bit PCM – Chandos Studio Masters