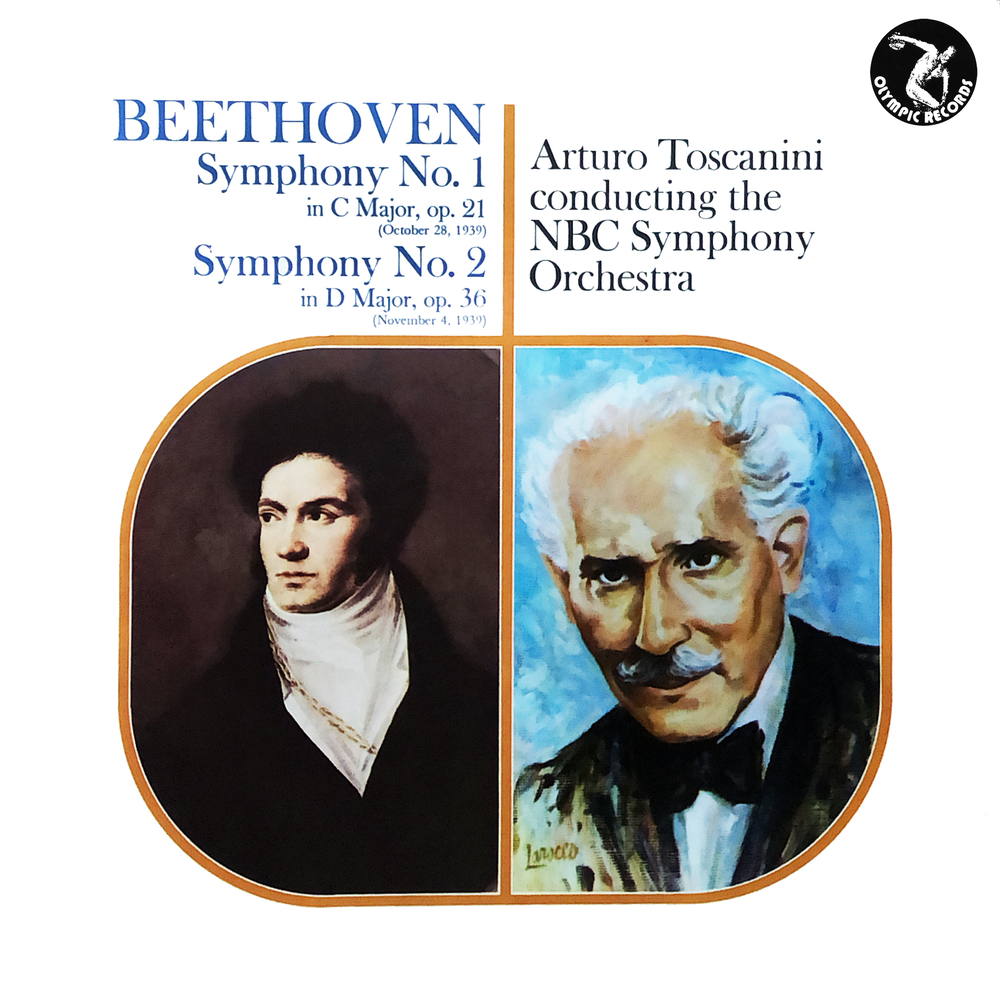 Available in 96 kHz / 24-bit AIFF, FLAC high resolution audio formats
The legendary conductor Arturo Toscanini leads the NBC Symphony Orchestra in this recording of Beethoven's first and second Symphonies. Toscanini was one of the most acclaimed musicians of the late 19th and of the 20th century, renowned for his intensity, his perfectionism, his ear for orchestral detail and sonority, and his eidetic memory. He was at various times the music director of La Scala in Milan and the New York Philharmonic. Later in his career he was appointed the first music director of the NBC Symphony Orchestra (1937–54), and this led to his becoming a household name (especially in the United States) through his radio and television broadcasts and many recordings of the operatic and symphonic repertoire. This legacy recording is presented in stunning modern clarity with audiophile quality digital transfer.
96 kHz / 24-bit PCM – Olympic Records Studio Masters