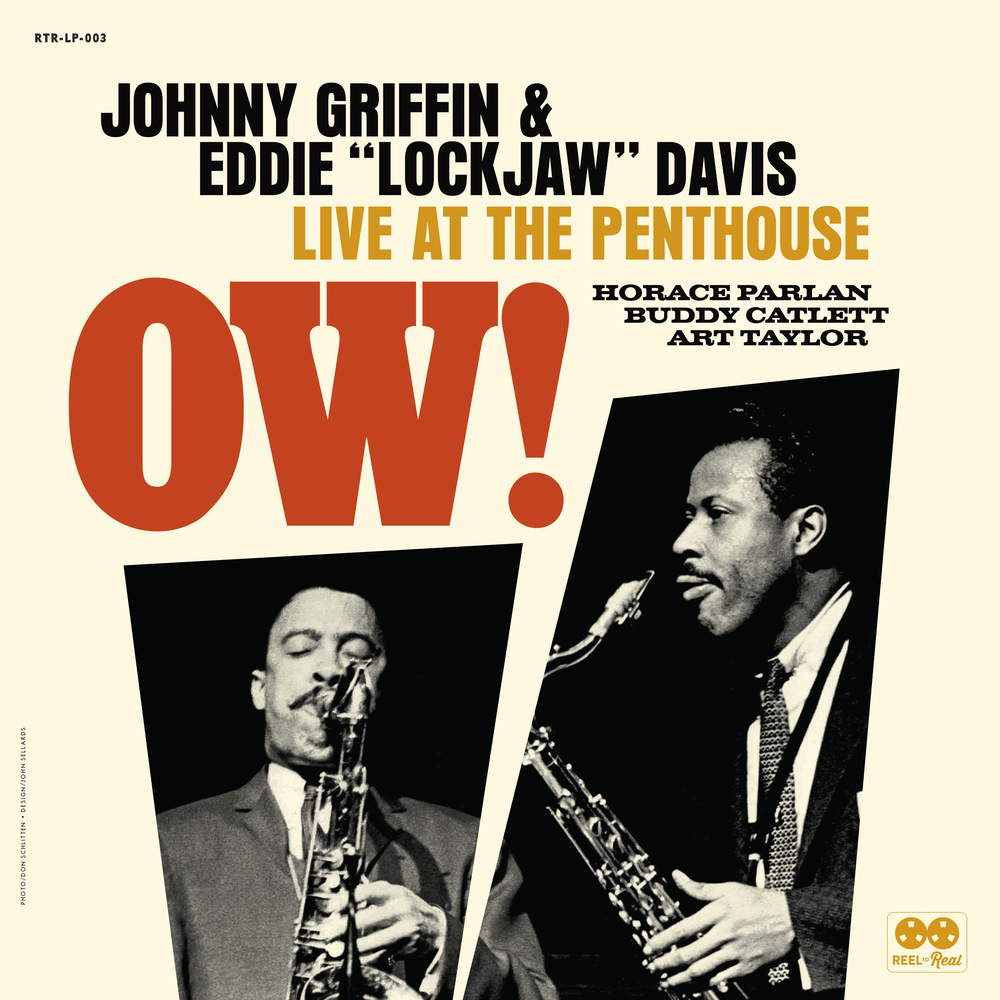 Ow! Live at the Penthouse

Available in 96 kHz / 24-bit AIFF, FLAC high resolution audio formats
Ow! Live at The Penthouse is a collection of previously-unissued recordings by the supercharged saxophone duo of Johnny Griffin / Eddie “Lockjaw” Davis captured over 2 nights at the famous Penthouse jazz club in Seattle, WA in 1962. Though the tenor sax battle became a fixture of the hard bop era after Dexter Gordon and Wardell Gray established the format with “The Chase” in 1947, no duo was as powerful or as prolific as Davis, a veteran of the Count Basie Orchestra and a popular trio with organist Shirley Scott, and Griffin, noted for his high-voltage work with Thelonious Monk. The pair who became known known as “the Tough Tenors” cut nine LPs – including four live albums caught at Minton’s in New York – for Prestige and Jazzland in 1960-62. This excellent collection features the potent rhythm section of Horace Parlan on piano, Buddy Catlett on bass and Art Taylor on drums.
96 kHz / 24-bit PCM – Cellar Live Studio Masters