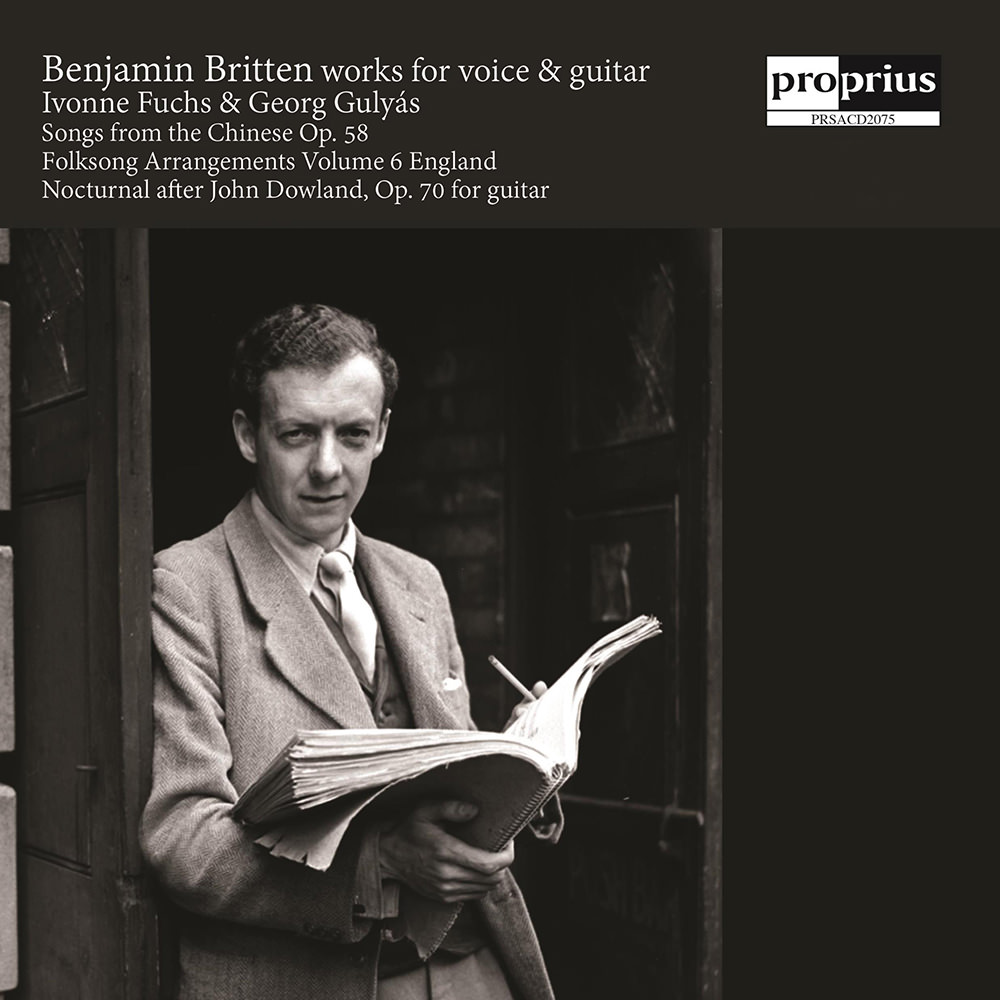 Available in 96 kHz / 24-bit AIFF, FLAC high resolution audio formats
On this album, Swedish guitarist Georg Gulyás presents all of Benjamin Britten's works in which the guitar is included, performed together with German mezzo-soprano Ivonne Fuchs. The programme wraps up with a solo piece, the Nocturnal Op. 70, one of the most important works in the guitar repertoire. Based on John Dowland’s Come Heavy Sleep, the piece reflects the various stages of insomnia and hints at how sleep or death finally enters as a liberator.
96 kHz / 24-bit PCM – Proprius SACD Studio Masters